Yes, I was on vacation and taking a general break from blogging altogether in an effort to organize myself ahead of the coming college football season. Well, actually as a true UNC fan I am far more interested in the beginning of the basketball season but football is a nice distraction/outlet for frustration.

All of this means I hope to have some sort of UNC football preview forthcoming, assuming I can find the time.

In the meantime, the NBA released rookie portraits and they are interesting to say the least. First, let us all behold the glory of the Orlando Magic's first round pick J.J. Redick who used his rookie portrait as an opportunity to reinforce the perception most people already have about him: 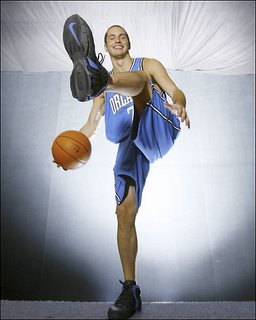 I mean, he looks like a Rockette for crying out loud. On the other hand NC State's Cedric Simmons has the right look for his photo though I honestly thought it was Jerry Stackhouse at first glance: 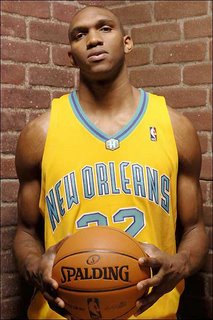 Then again there is something about the visual here that makes Shelden Williams' head look weird: 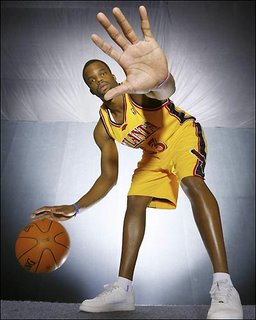