Tar Heel Fan is One!

Share All sharing options for: Tar Heel Fan is One!

It was one year ago this day that I, pretty much on a whim, decided to launch a blog based on my love of North Carolina basketball. I had been blogging for almost a year prior to starting THF most of that was either personal or politcally oriented. Since I had a passion for UNC basketball and I had been commenting on the 850 the Buzz blog, I thought I would stake out on my own. My first post was a lengthy discussion of perceived favortism in officiating during Duke games. Since then it has been a full slate of my opinion on UNC basketball and football as well as the ACC in general. The blog started at http://ncheelsfan.blogspot.com and after I was linked by Deadspin I decided to begin blogging as much as I could beginning with full coverage of UNC football. At that point I moved the blog over to Wordpress which not only was a major aesthetic improvement but also gave me a cacophony of options to manage the blog. The hit counter read 6200 at that point and in the last six months due in part to extensive linking by various other sites including 620 the Bull and the N&O's ACC Now the counter is now well over 50,000. And though this not much compared to other sites but it has become my little slice of the blogosphere and I have only my readers to thank. Looking at my stats and the comments, I know I have developed a small but loyal base of readers who I am extremely grateful for and whom I enjoy interacting with on regular basis.

So a huge THANK YOU to my readers and to Joe Ovies at 620 the Bull for giving me some exposure on their blog and via a radio interview back in October. This blog has become a huge part of my life and has really made watching UNC basketball and football even more enjoyable. Now, let's enjoy some cake like Tar Heel Daughter #2: 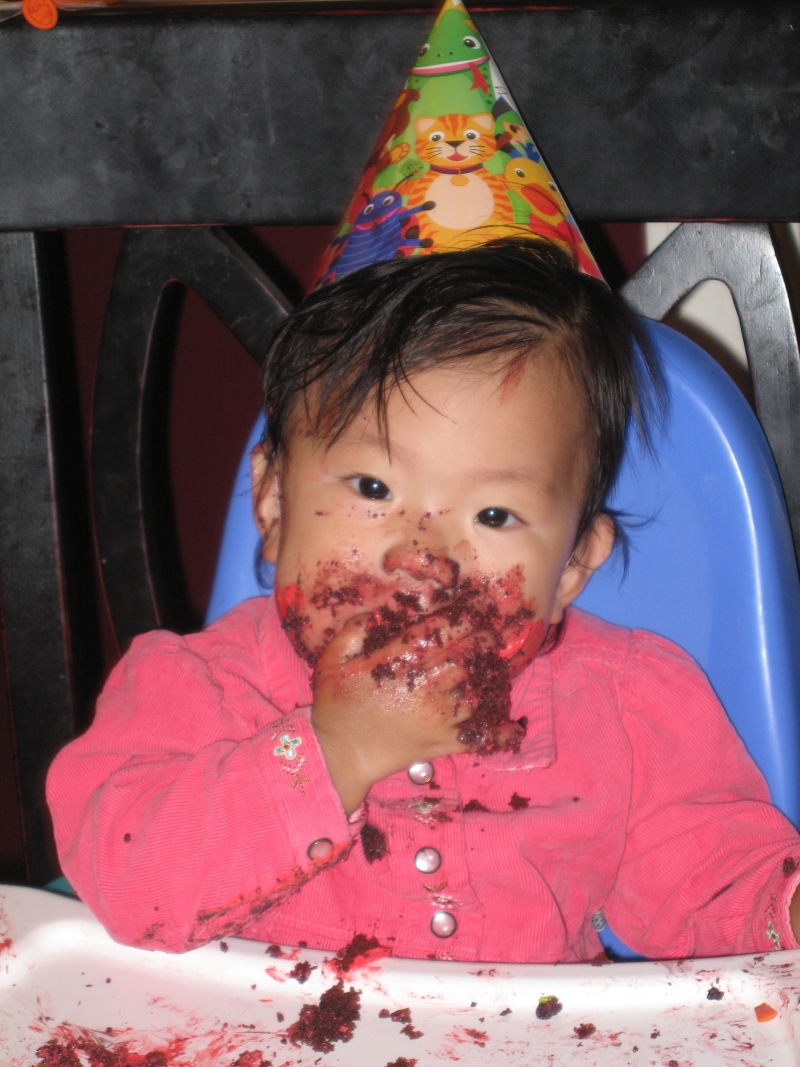