UPDATE #2: The Heels closed it to 8-6 and had the go ahead run at the plate in the eighth but failed to score and then went quietly in the ninth to drop Game 2 tying the series at 1-1. First pitch for the decisive Game 3 comes at 7 PM tonight.

The Heels were down three in the bottom of the seventh when the peels of thunder began rumbling through the Triangle. It is unclear whether or not they will resume play. If they decide to call the game in the seventh it would somewhat shortchange UNC which has rallied to win their past three NCAA Tournament games. The radar does not look promising and it may come down to Game 3 on Sunday. 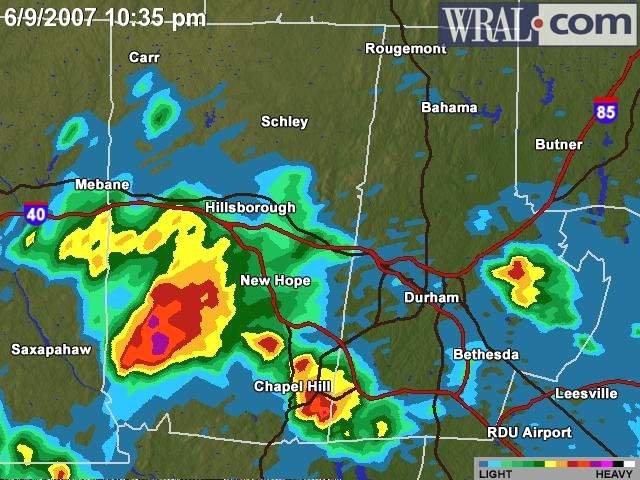