They Should Not Have Let Marc Davis Retire

Share All sharing options for: They Should Not Have Let Marc Davis Retire 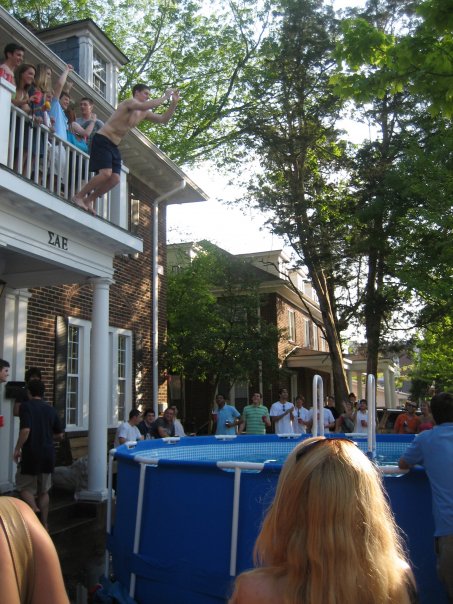 I am glad to see the rehab is going so well but WHAT IN THE NAME OF DEAN SMITH ARE YOU DOING LEAPING OFF A BALCONY INTO A SWIMMING POOL!!!!!!!

If you look at the right side of the balcony you will see Tyler Hansbrough standing there wearing a grey shirt. Tyler is not watching his teammate make such a risky jump, he seems to be pretty enthralled with the attractive young lady standing in front of him. These festivities took place on Friday afternoon, the same day Tyler announced he was returning to UNC for his senior season. Friday was apparently a very good day for Tyler.