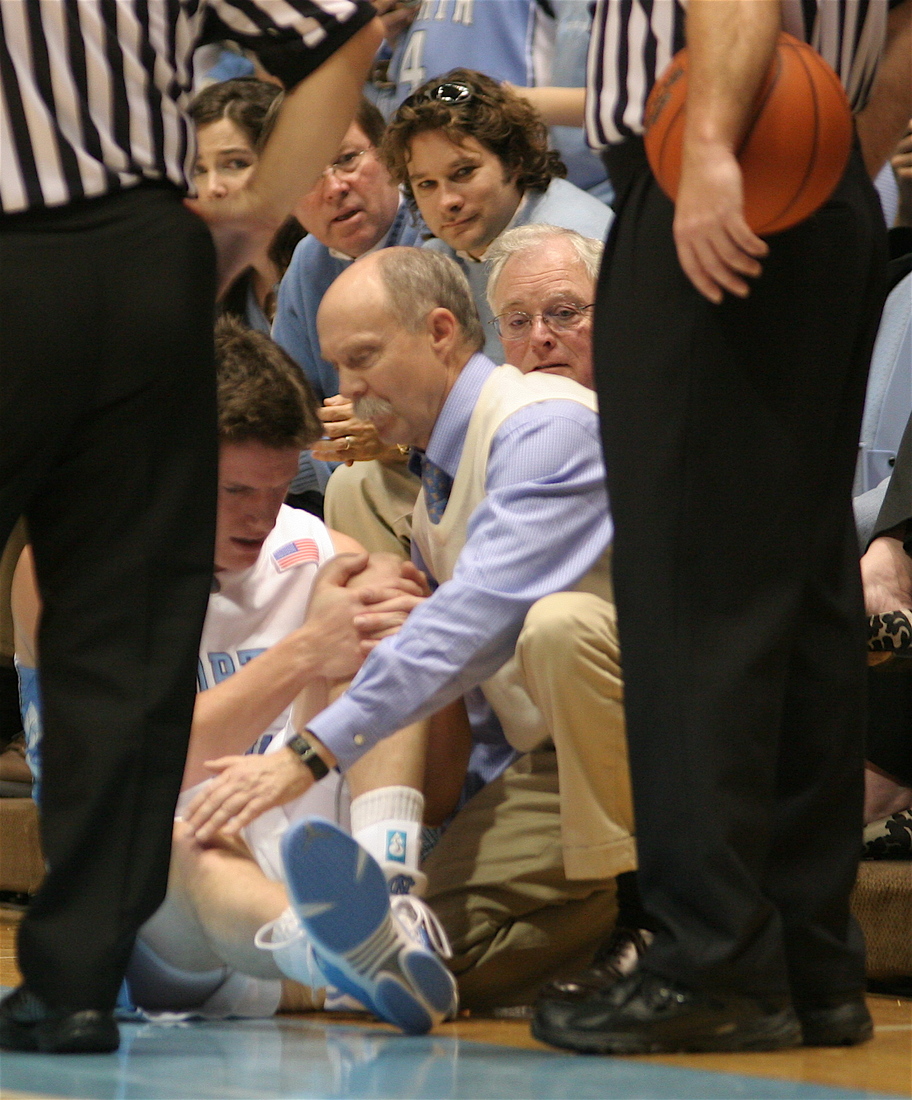 If you are like me and have been watching UNC basketball for close to three decades, there is one guy who has been a staple on the sideline and that is trainer Marc Davis. Davis has been the head trainer for the basketball team for 30 years and last night at the awards banquet it was announced he would retire. It is interesting that this is a member of the staff who toils in relative obscurity to the common fan until someone gets hurt. Then suddenly he becomes the most important person on the team. Also, given Davis' long tenure, he really became a member of the family to the point you felt better knowing that regardless of the injury he was taking care of it.

My favorite memory of Davis was last March when Gerald Henderson broke Tyler Hansbrough's nose. Dewey Burke had restrained Hansbrough and it was Davis who came right over and made the immediate decision to take him to the locker room. Hansbrough was still fuming and hesitated at the tunnel entrance before Davis basically put his hand on his back and wave Hansbrough on his way to avoid any further problems. For me that sums up how capable he was at doing his job. The experience and take charge mentality when dealing with a 6-9 player with blood running from a broken nose and hopping mad he was just clocked in the fact is just plain impressive. There is no doubt he will be missed.

So, best wishes to Mr. Davis as he moves on to enjoy a well earned retirement and many thanks for all the seasons(especially this one) you worked to keep the Heels healthy and in turn doing your part to help them win.