Setting aside, for the moment, that Ken Pomeroy's rankings inexplicably have Georgetown ranked #1 and UNC #2, I thought the prediction for the rest of UNC's schedule was quite interesting. 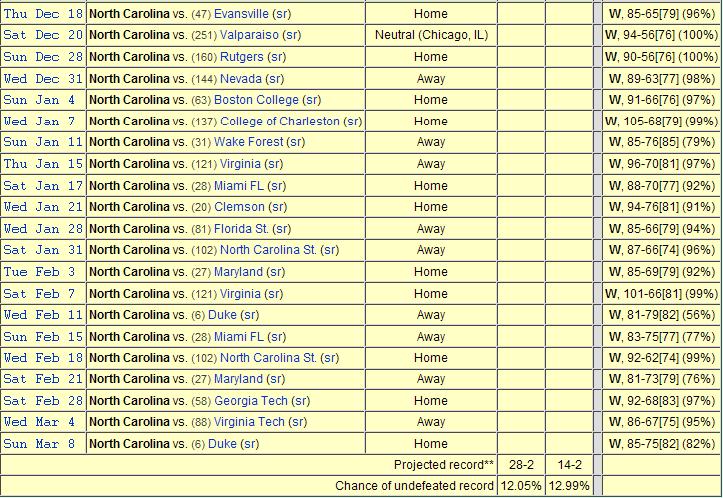 Pomeroy predicts a 28-2 overall record with a 14-2 mark in the ACC.  This is generally attributed to unknown factors which cannot accounted for with a formula.  That being said, notice that UNC's "worst" chance of winning a game is at Duke where Pomeroy puts the odds at 56% and predicted a two point Tar Heel win.  Outside of that he gives UNC a 79% chance of winning at Wake, 77% at Miami and 82% versus Duke at home.  The rest of the games are 90% or better with two games(Valpo and Rugers) being called 100%.

The money number is at the bottom.  UNC is given a 12% chance at going unbeaten and 13% in the ACC.  Given the difficulty of the task, those are actually good odds.