Former Tar Heel Ademola Okulaja was diagnosed with cancer back in July and is presently undergoing treatment to battle the disease. During the run up to the 2008 Olympics, Okulaja was playing with Team Germany when he suffered an injury to his back that would prevent him from playing in Beijing. It turns out the injury was a broken vertabrae caused by a tumor. Okulaja had surgery to excise the tumor and began undergoing treatment. According his personal website(translated from German by Google) Okulaja was working through the 2nd phase of his rehab in early November and was hoping to return to basketball for the 2009-10 season.

The website Slam Online picked up the story concerning Okulaja's fight with cancer. A t-shirt has been created which is being sold for the purpose of raising money to benefit KINDerLEBEN(translated) which helps kids with cancer. 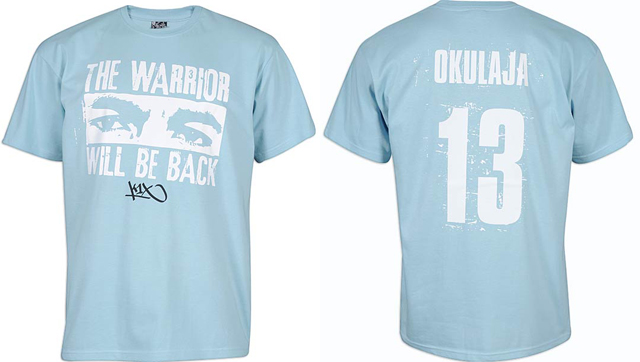 Okulaja's journey to UNC was an interesting one. Former Tar Heel Henrik Rodl, member of the 1993 national title team, alerted Dean Smith to Okulaja since both were from Germany. Dean decided to take a flyer on Okulaja and was not disappointed. Okulaja ended his four year career at UNC with 1254 points, 890 rebounds, 327 assists and 175 steals. Those rebounding numbers are quite impressive considering he played next to Antwan Jamison for three years. Okulaja was first team All-ACC in 1999 after Vince Carter and Jamison left for the NBA leading the team in three point shooting(43%) while averaging 13.9 ppg and 8.4 rpg. Okulaja was that utility guy who did a little bit of everything and came up with a huge rebound or shot when the stars of the team were covered. He played the game in the Carolina way doing what was necessary to help the team win and will always rate among one of the favorites from Dean's final teams.

So best wishes and prayers to Okulaja who is known as "the Warrior." Hopefully he can overcome this and get back to playing the sport he loves.