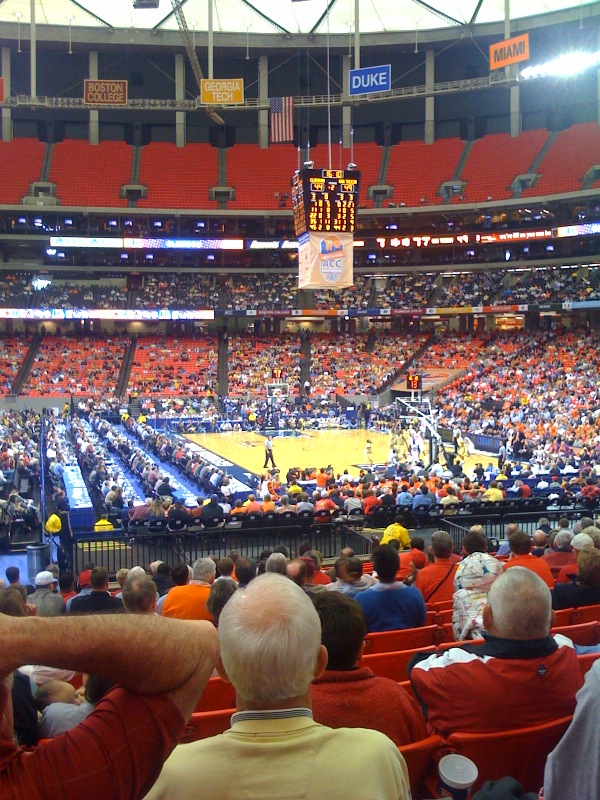 The first upset as Clemson falls flat(shocking I know) and Georgia Tech sets up a battle of the crappy coaches versus FSU on Friday.

Georgia Tech going for the upset. According to C.Michael, Lewis Clinch is playing like he is All-ACC.

Yeah, playing in potentially your last game in college does that to you.

Previous updates after the jump. 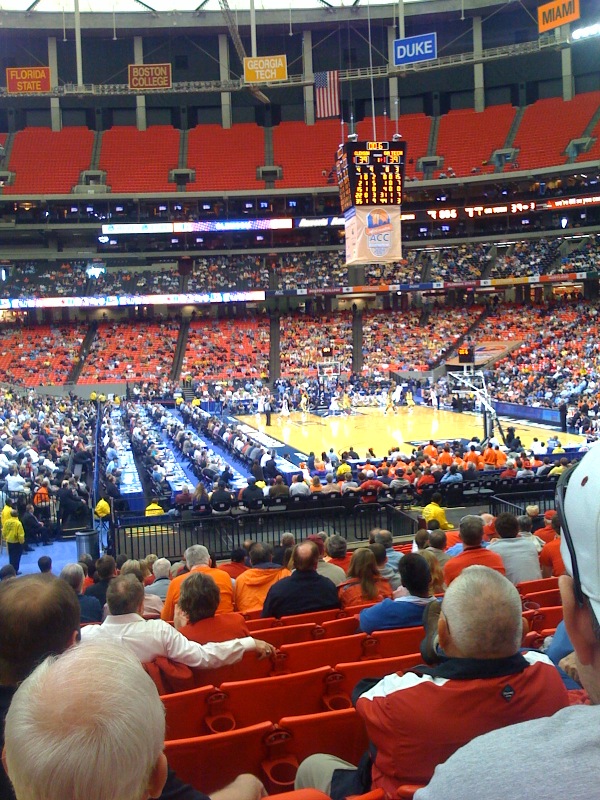 GT giving Clemson a run at the half, tied at 39. 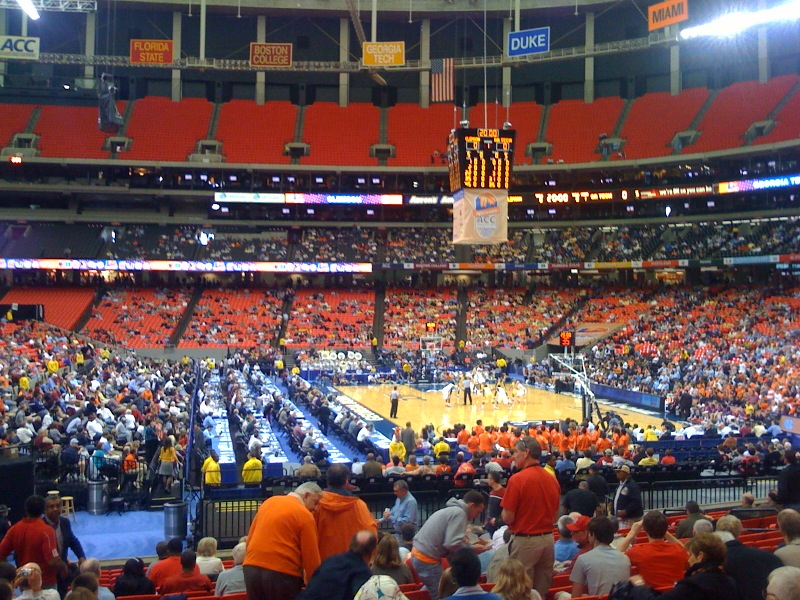 Clemson-GT tipoff.  More people showing up for this one considering that GT is in Atlanta and Clemson is probably the next closest school.

C.Michael: The 3 point shooting has been abysmal. From my seats, the rims are hard to pick out from the stands. Not sure if the same is true on the court.  Could be a benefit to a team like UNC that works from inside out. 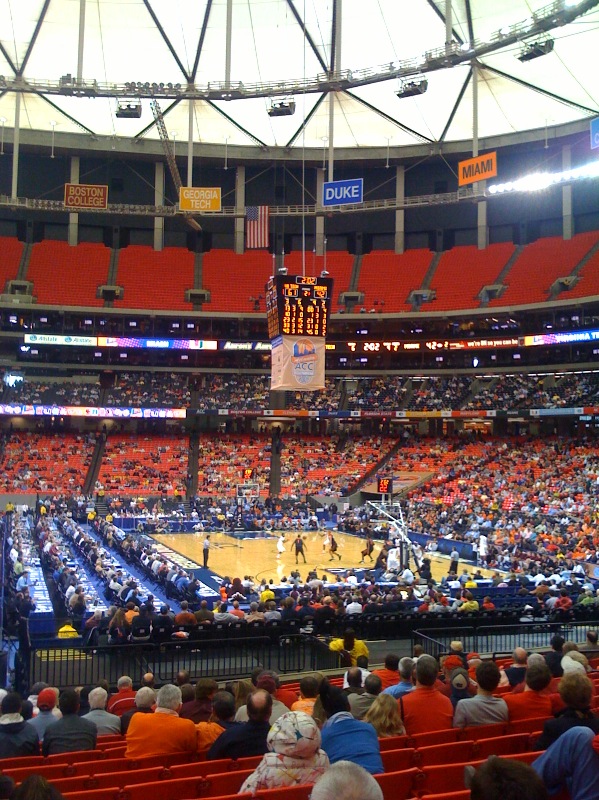 Virginia Tech earns a date with UNC beating Miami 65-47.  According to C.Michael, Miami basically laid down for the Hokies and UNC would have run either one of them off the court whether Lawson played or not.

Clemson-Georgia Tech up next where I am sure the ugliness will continue. 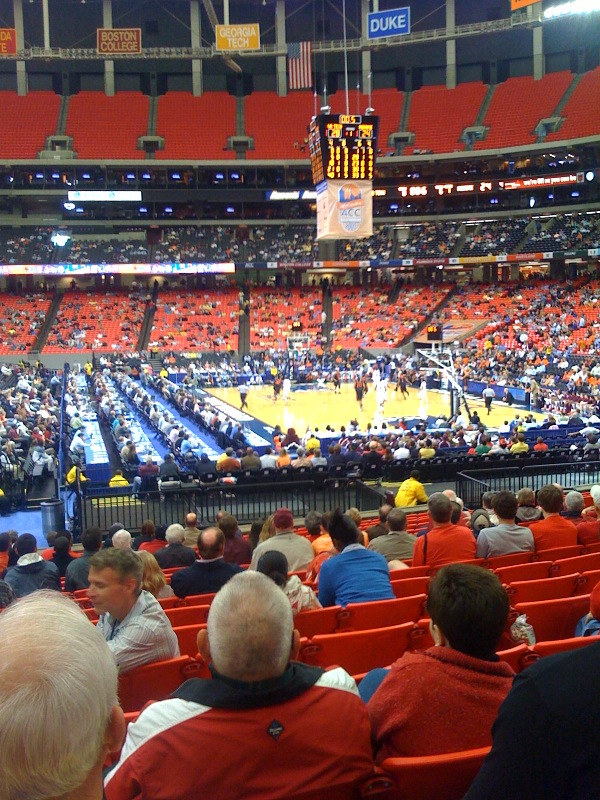 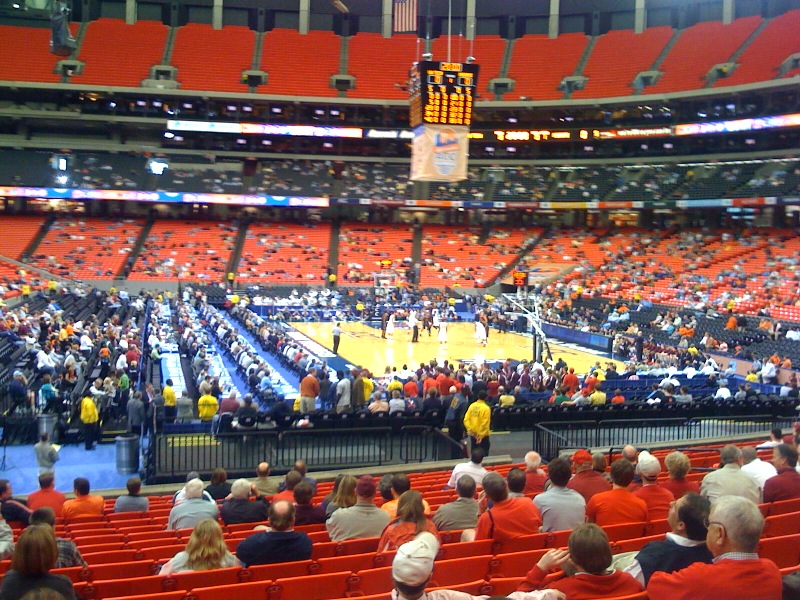 Update: Here is the VT-Miami game at tipoff via C.Michael.  As you can see they are really packing them in for this one. 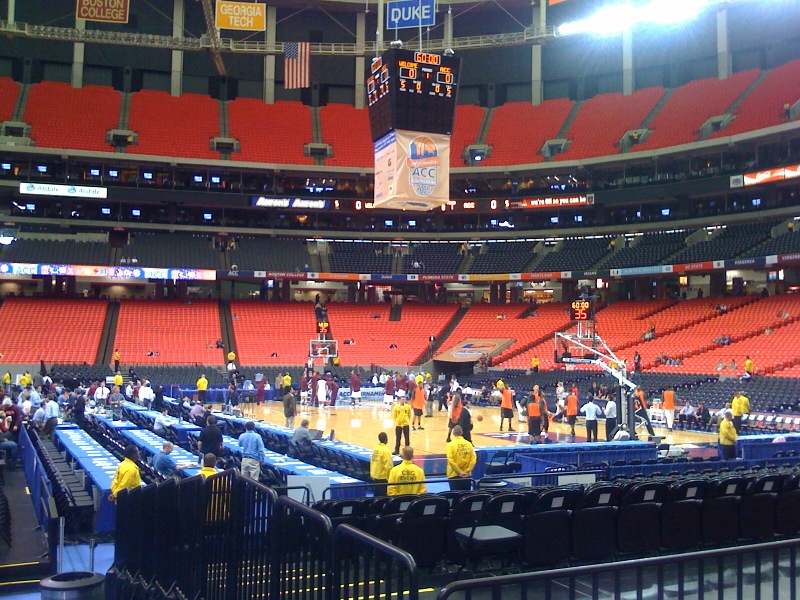 Photo courtesy THF Correspondent C.Michael who said he was sitting in the NCSU section and indicated there was "lots of flannel."

I like buffets.  Put me at any pizza buffet or even Golden Corral and I am a happy man.  This is a basketball buffet so eat up but pace yourself.

Comments if you have them...