And on this grand day in the life of the ACC basketball fan I renew by call for the North Carolina General Assembly to declare this an official state holiday since half the people will not be working anyway. As you know THF reader C.Michael volunteered to be the eyes of the THF community down in Atlanta this weekend and he sends along some photos this morning. C.Michael will be sending updates throughout the day. 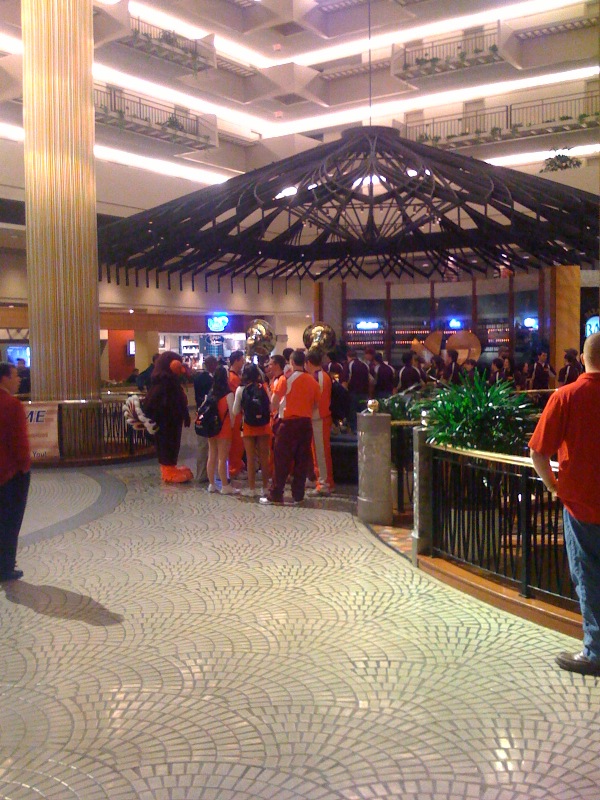 The Virginia Tech band and cheerleaders hanging out in the lobby.
The guy in the turkey suit looks like he might be hot. 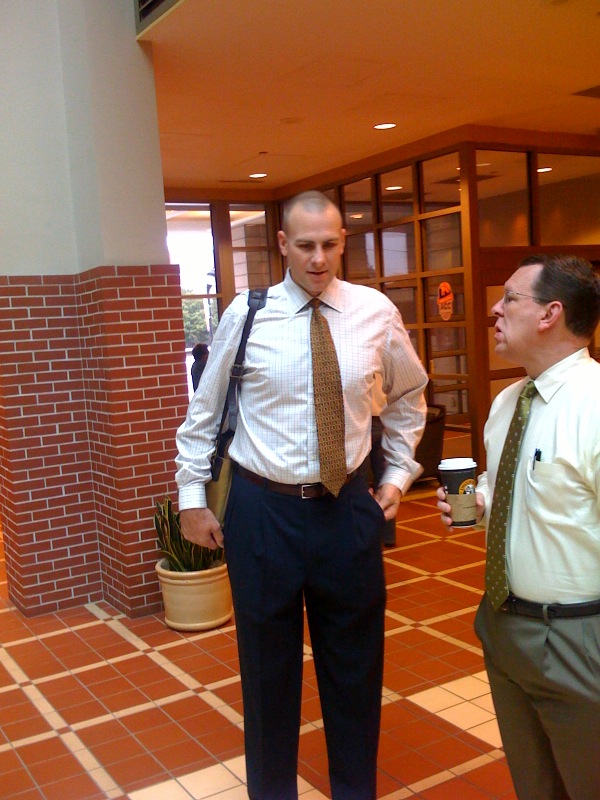 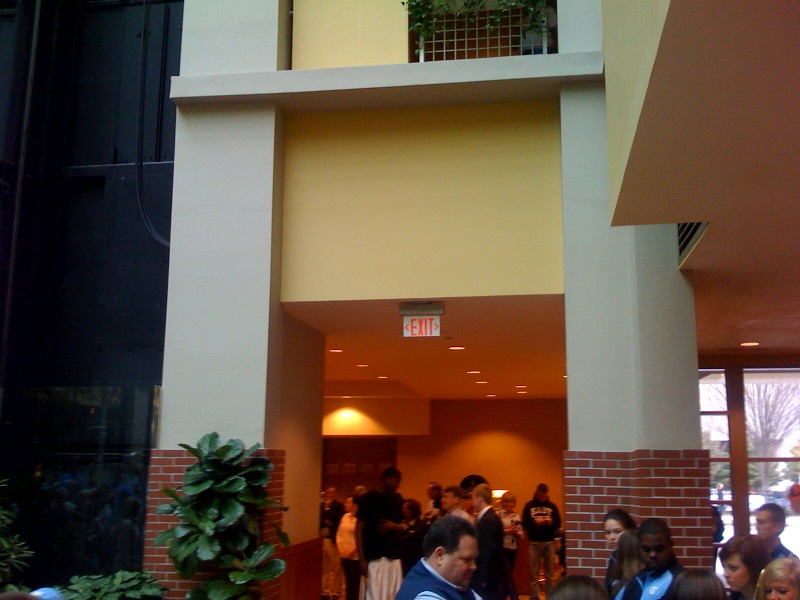 Ed Davis in the background