Share All sharing options for: The Controversial Jump Ball

Was it or wasn't it? 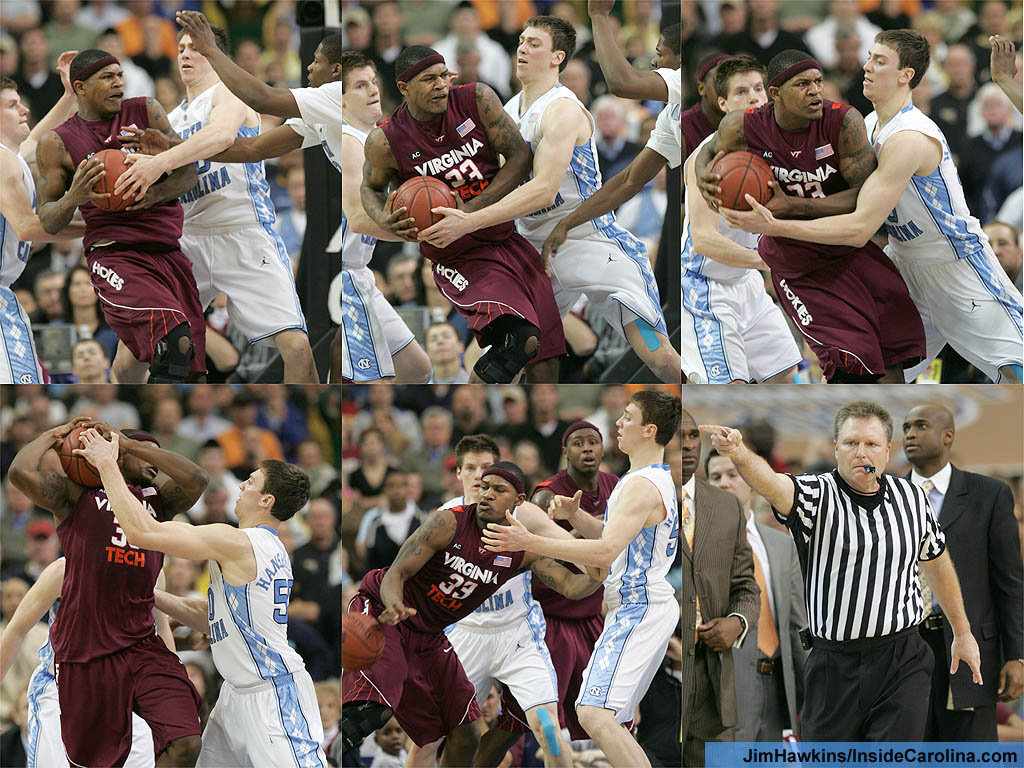 Update: ACC Now has a full 15 frames of the jump ball.

I will toss the video and this photo montage from Inside Carolina photographer Jim Hawkins for you folks to chew on.  I think both happened.  Tyler Hansbrough gets the tie up but based on one angle in the video he also gets his hand in the back of J.T. Thompson.  So what happens?  I think Karl Hess called what he could see which was the jump ball and missed any contact that occurred. You also have the question of whether the hand in the back was a push or not. In that case maybe they did see it and did not think it was a foul which is possible given the lack of consistency in foul calling.

It should be noted that even if a foul is called here it does not mean VT wins the game.  Does it allow them to keep the ball? Sure, they would have inbounded on the baseline with 5.2 seconds left and given some of their interior presence may have gotten a good look.  Secondary to that is the fact VT also had a shot to tie the game and missed it.

The tough part of this type of thing for Virginia Tech is they cannot catch a break in any close game they are in whether it is Xavier hitting a halfcourt shot at the buzzer or Jon Scheyer taking 12 steps on one play without a call or now losing in two straight ACC Tournaments to UNC.

The standing take here at THF is referees do not decide games something I have said when UNC is on the wrong end of a call like this, the game at Maryland being a prime example.