Share All sharing options for: Michigan Governor Pays Up 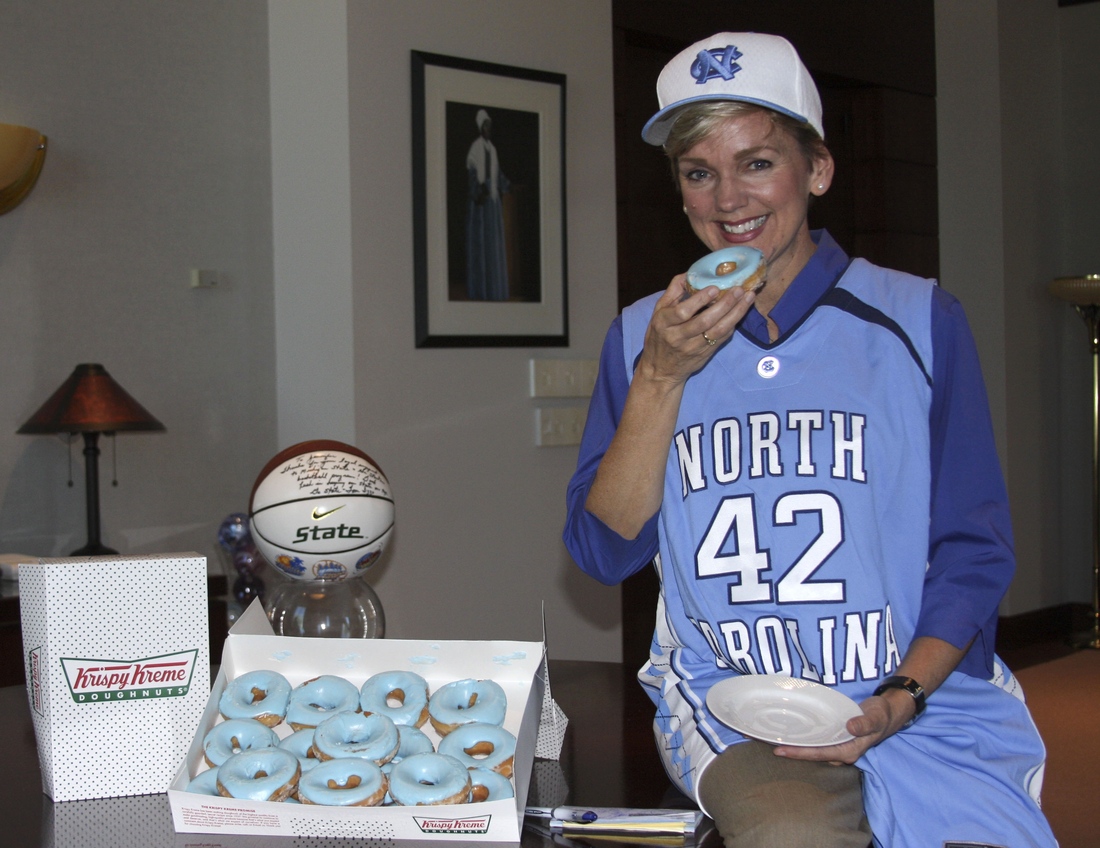 Via the Michigan Governor's office:

I am little foggy on why this ended up being bad for Governor Granholm. I mean she got a bunch of Krispy Kreme donuts out of it. Yeah there is the picture wearing the North Carolina uniform but we are talking about Krispy Kreme here.