Report From The Final Four

Share All sharing options for: Report From The Final Four

The UNC team looked confident and loose.  They spent ten minutes doing stretches and warmups before entering into free shooting and layups.  They did split up into blue and white teams and ran through some set plays against no defense.  After 20 minutes they moved to a short freestyle dunk-off.  Participants included Danny Green trying to dunk after passing the ball between his legs, Larry Drew II with some impressive hops, Justin Watts with some skill, and Hansbrough with his “360”.  They returned to some free shooting and seemed fairly comfortable shooting in the large building (They didn’t have trouble in December).  Afterwards they signed autographs for the fans as they left the court.  My son got his shirt signed by Marc Campbell, Jack Wooten, Ed Davis, Danny Green, and Ty Lawson.  The close up photos give you an idea of their interaction with the crowd.  Overall a great day.  I did not go to the Casino tonight, but I doubt that the players would be found there. 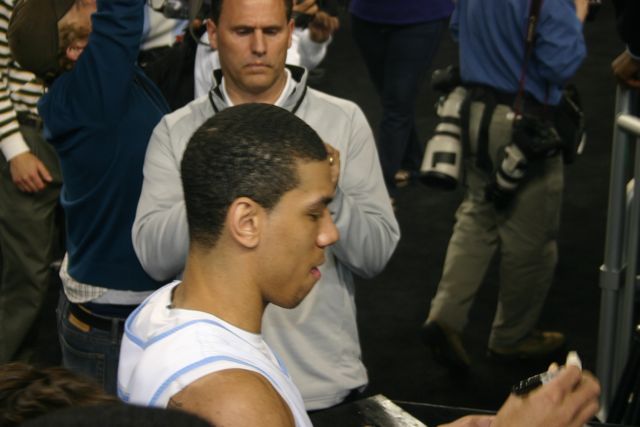 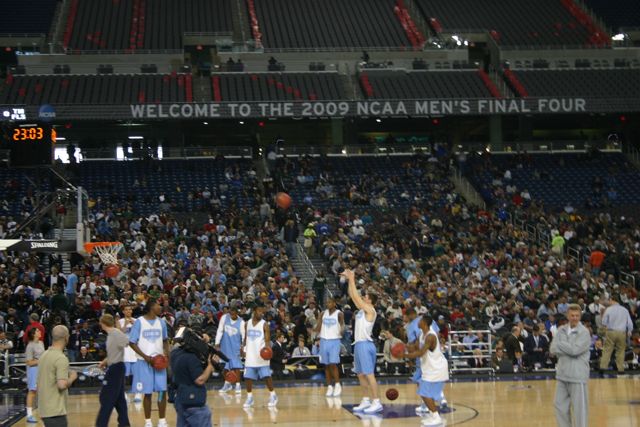 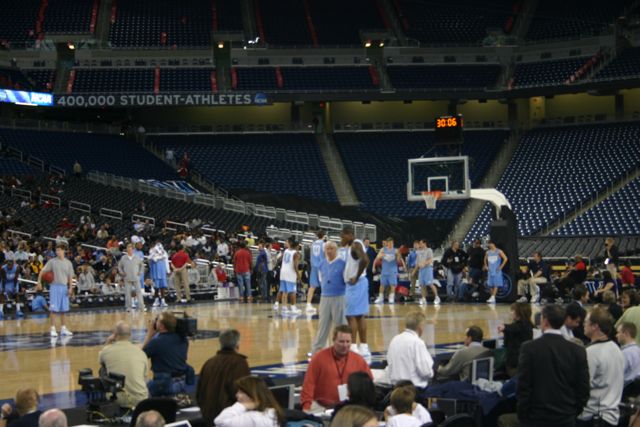 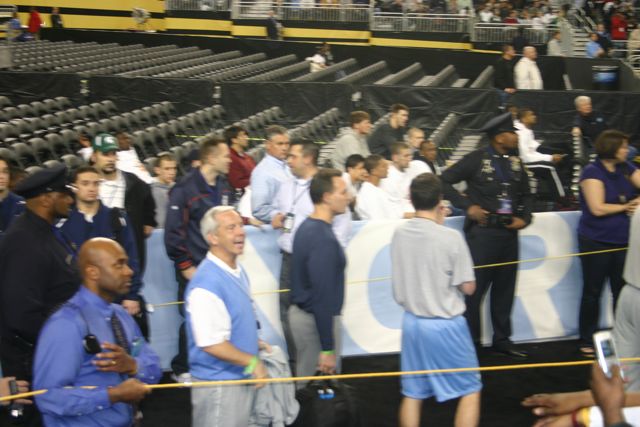 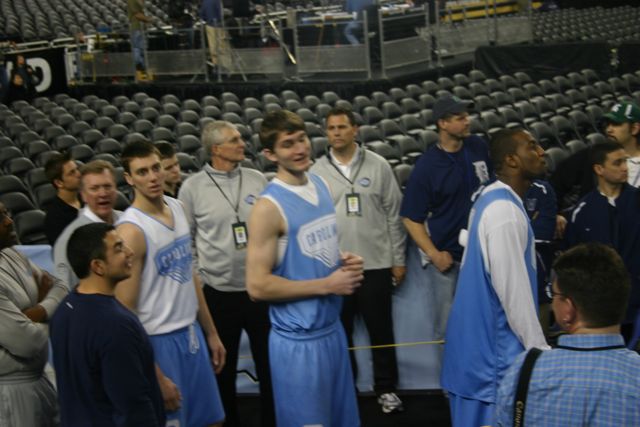 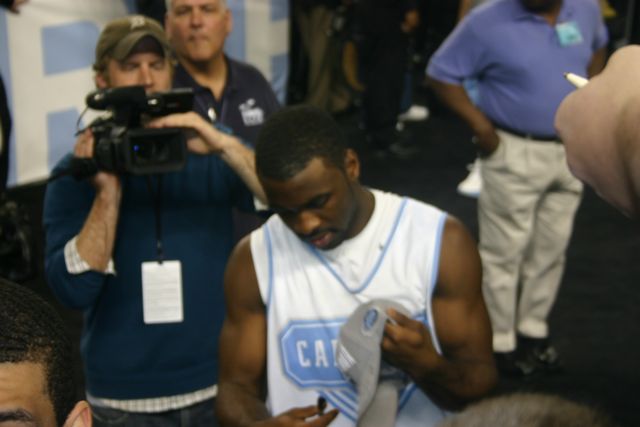 Thanks Detroit Heel for the report!