Share All sharing options for: Summer of Deon II? 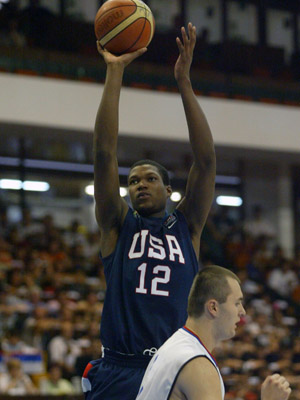 Deon Thompson is one of 15 college basketball players battling for 12 spots on the United States University Games team which will compete in Serbia beginning on June 25th.

In 2007, we had the "Summer of Deon" here at THF when Thompson was playing on the USA U19 team in the World Championships. Thompson had a great run in that tournament as Team USA won the silver medal. His level of play then gave many of us hope he would be more of a force during the 2008 season. It turns out we had to wait another season for that. I think he probably stands a good chance of making the team and the competition will be good for him as he prepares to be a major presence on the 2010 Tar Heel team.