In an effort to cheer myself up, here's a look at just how dominant UNC was in the ACC this season, on offense anyway: 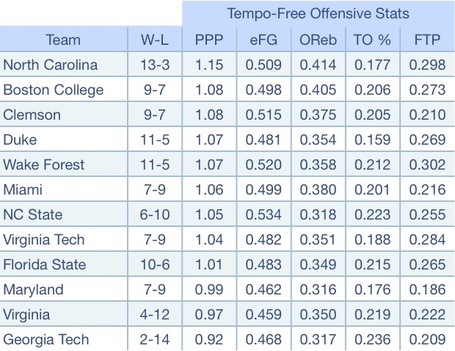 As what I'm sure comes as a surprise to no one, UNC scores a lot of points. More than they did in 2005. More than any ACC team has done since I started tracking this, with the exception of the absolutely obscene scoring Wake Forest managed under Chris Paul. And they did it the way they've done it over the last few years, by leading the conference in offensive rebounding and getting points from the free throw line. They also, despite what my eyes tell me during the game, don't turn the ball over much, posting their fewest number of turnovers in a decade. Only their shooting is a weak point. 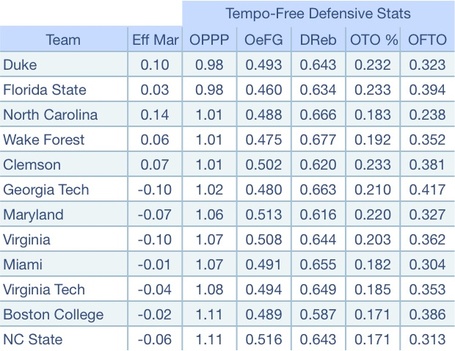 The defense is a bit shakier then in years past, but still pretty reasonable. Again, they pull down an impressive number of rebounds, limiting their opponents' crack at the basket. They also rarely foul - conspiracy theorists are welcome to pair that up with the Heels' frequency at getting to the line and freak out - and, for a team that supposedly relies on the fast break doesn't generate many turnovers.

There's a third set of stats I like to look at, seeing how perimeter oriented a team is, and how often they shoot from behind the arc: 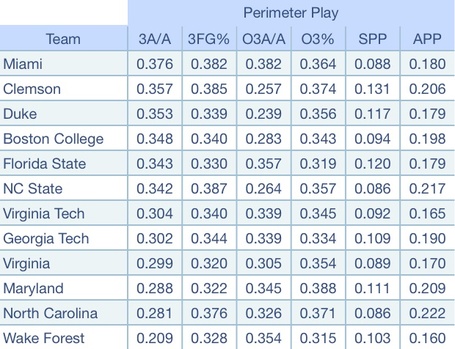 UNC, well, isn't very perimeter-oriented. They are more than last year, when they only took 21.4% of shots for three. And nobody dishes out the assists like the Heels, thanks mostly to Lawson, of course. But they're miles away from a team like Clemson, who shoots more than 35% of the time from behind the arc, makes close to forty percent of them, and keeps their opponents, Wayne Ellington aside, from even attempting the three. They pickpocket their opponents pretty well, too. The Tigers are 5th in the conference, but it wouldn't surprise me if they go two weeks into the NCAAs.