In what has become both an annual tradition and cheap filler content, here's my bullet-pointed breakdown of the ACC football schedule for the upcoming season:

Oh, and if you're particularly curious about the change in scheduling over the last few years, here it is in graphical form. Just look at the way D1-AA schools are replacing the teams from minor D1-A conferences; is it any wonder the schools outside the BCS are pretty much screwed when it comes to playing good teams? 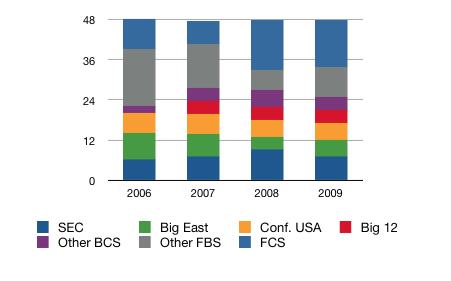