Has Ed Davis Signed With An Agent?[UPDATED]

Share All sharing options for: Has Ed Davis Signed With An Agent?[UPDATED]

I received an email this morning referencing a blog called The Sporting Agent Blog saying that Ed Davis' name had appeared on the client page of a Chicago based sports agent, PTA Sports Management. Here is a screen shot they capture of the site: 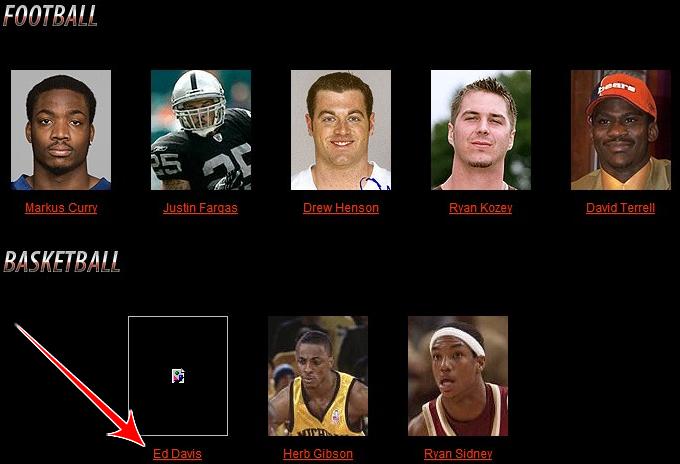 According to The Sporting Agent Blog, there was no picture but if you clicked on Davis' name the subsequent page had the correct bio information. Davis' name has since been taken down from the PTA site.

Let's go through the possibilities of what his could be:

I am thinking three and four here are real possibilities. It is possible Davis has already made his mind up considering all of the mock drafts still have him in the top five and since he is basically done for the season, he might as well start working on getting ready for the draft. Since Davis' father is a former NBA player, he has connections and is probably gathering information. The one thing that gives me pause is I am not sure Davis would use an agent with such a limited and low profile clientele. That seems odd to me unless there is some previous relationship at work we don't know about.

Now, I am going to toss something out there I heard a few weeks back that is basically hearsay about three times removed. The chain this info followed puts it on the same level as Ferris Bueller passing out at 31 Flavors last night. However, when I put the rumor I heard together with this it seems...well..more interesting and worth putting out there for your consideration. So here it goes:

I have a friend and UNC grad who talked to a guy who was co-workers with a former UNC athlete. Said athlete had stated that one of the problems with the team was Ed Davis mainly because all Davis would talk about was his father, going to the NBA and making millions.

Let me again stress that this is as pure a rumor as you can have and I am not taking a position on whether I believe it or not. Why? Because I have no freaking idea because I don't know Davis. I will say that aside from a few Tweets, I have little issue with Davis. He seems like a good kid and while I think he has not played as well as he is capable of playing, it is pretty clear from Twitter that he knows that.

At any rate, that should keep you guys busy for the balance of the day.

UPDATE: That was quick. The Big Lead spoke with the agency and they are saying it is a mistake. I maintain it is an interesting mistake since the person who edits the website it probably contracted out or a on staff person and not one of the agents. Someone had to tell them to put it on there right?

UPDATE #2: If you had "has not signed but agent has had contact with the family" treat yourself to a snowcone. ACC Now said there has been contact between the agency and Davis' family though a mutual friend. Oh and PTA is claiming they were hacked:

Porter said he believes someone hacked his site, ptasportsmanagement.com, and added information that looked as if it had been cut-and-pasted from the UNC's media guide -- such as where Davis played in high school, his high school statistics and his family information. Davis' picture had not been added to the site, and the information looked different from what was listed for other clients.

That is possible and would explain the absence of a picture since you often need access to different areas of the websites file structure to post both the picture and information. At the same time there had been contact between the family and the agency and I am not a huge believer in coincidences. The bottom line is Davis has not signed and so there are no NCAA issues to worry about. And yes, for anyone who asks if it could get worse, the NCAA vacating the 14 wins would certainly make it worse.

Update: That was quick. The Big Lead spoke with the agency and they are saying it is a mistake. I maintain it is an interesting mistae.