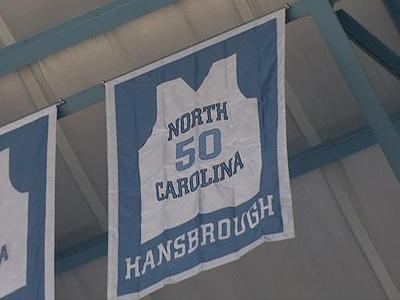 Ahhh, those were the days...

The stage is set as Tyler Hansbrough's jersey is sent to the rafters appropriately enough against the team he owned for four years in Chapel Hill.

Remember all the way back to, say, last April, when many were saying that UNC's program had left Duke in the dust? Fast forward nine months and Duke is in a familiar position, ranked in the top 10 and in first place in the ACC. After a few early hiccups, Duke seems to have righted the ship. Apparently you can expect a two-guard to move over to the point as Jon Scheyer has made a seamless transition to the position, and after disappearing for a few weeks, Kyle Singler has decided to show back up and start scoring from the outside again.

On paper this looks to be a horrible matchup for the Tar Heels, as perimeter play is Duke's strength and in a season of bad play, perimeter defense is Carolina's worst area. In the post, Duke's bigs are serviceable and the advantage should tilt to the Heels, but Carrboro High School's post players might out-muscle Ed Davis and Deon Thompson right now.

The good news for Carolina is that Duke is a paltry 2-4 in true road games, including a 66-63 escape this weekend at Boston College. Also, as evidenced against NC State, if Duke's shots don't fall, they are imminently beatable. And there is a history of one team being down yet bringing the heat against its blue-clad rival - 1995, anybody?

Hopefully motivation and effort won't be an issue tonight; if you can't get up to play Duke, then don't put on the uniform. Plus, if any redemption of this wretched season is to happen, it has to start tonight. And who knows, maybe the sheer force of Tyler Hansbrough's will can move the Carolina team he doesn't even play for anymore to victory over the Evil Empire.

If the Heels can ride wave of emotion, contest the perimeter, and dominate the inside, Carolina can win this game. It's time to put up or shut up, boys.