There are two ways to look at this. Write off as worthless banter in the dead of night on Twitter or hold it up as an example of how difficult it is to keep anything quiet in a world where everyone puts what they are thinking on a website everyone can read. Possibly both with more weight on the latter. 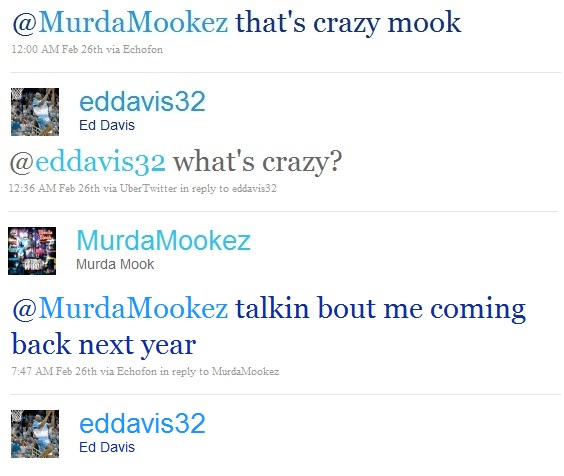 Let me just say, for the record, that I do not think Ed Davis is coming back. I thought that before this came out and before the fiasco about his name ending up on some agent's website popped up. At this point, Davis is still being projected a top five pick despite not playing at nearly the level most people thought he would. I highly doubt he is going to risk another injury or damaging his stock to come back when he could jump now and be a lottery pick. Then again if his play this season did not hurt his standing, I am not sure what would. The point remains and that is if you are a top five pick, Roy generally gives his blessing for you to go.

The only caveat here is the wrist injury. If that precluded him from working out with NBA teams he might come back. That is unlikely unless there are major complications. The original prognosis was six weeks which means he could be clear by mid-March. The NBA draft camp and individual workouts do not happen until the end of May and beyond.

For now, you can take this for what's worth though it is not as though we were not thinking it already.