Share All sharing options for: Butch Davis Faces The Media 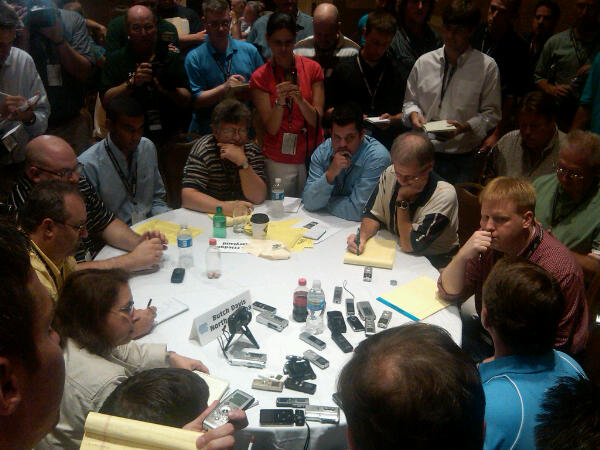 This is the audience Butch Davis addressed via @TarHeelFootball. The crowd was four deep around Davis. One writer counted 53 media members and 34 recorders. Needless to say he was a popular guy for someone who was under orders to say nothing about the NCAA investigation. What you see here is a whole slew of folks waiting on a slip-up.

So what did Davis say? Inside Carolina has the best rundown of his remarks which encompass mostly actually football news. Yeah, I too welcome the change of pace. Here are the highlights:

The company line through media day is basically this: We are assuming everyone will be there until then we wait for the NCAA which has promised to move as quickly as possible.