ESPN's Andy Katz is correct. All eyes will be on UNC in this tournament which serves as a good test to gauge a team. It also could set the season off in a certain direction though I think we have to get past the game vs Kentucky to have a grasp on what this Tar Heel team is about. This will be three games in four days against some good teams. A nice way to test the mettle of any team early on.

The Heels start with Hofstra hailing from the Colonial Athletic Conference. Hofstra was picked fifth in the CAA this season after finishing 7th a year ago. The Pride return their leading scorer and 2010 CAA POY in Chris Jenkins who averaged 20.6 ppg , 3.9 apg, 4.5 rpg and 1.8 spg with a 1.24 A/TO. Jenkins also shot 41% from beyond the arc last season on 154 attempts after shooting around 32% during his first two seasons. This will be the 2nd straight game UNC has faced a reigning conference POY. Given UNC's penchant for allowing opposing guards to do unholy things to them, it will be on Larry Drew, Dexter Strickland, Leslie McDonald and Kendall Marshall to do something about him. Outside of Jenkins, Hofstra is really a mystery. The Pride's season opener was against Division III Farmingdale State so any performances from that game are worth the paper they are printed on. Hofstra only returns two other players who saw double-digit minutes last season, 6-5 G/F Nathaniel Lester and 6-10 F Greg Washington. Lester averaged 8.0 ppg and Washington posted 6.6 ppg, 6.2 rpg and 2.8 bpg. Washington has blocked 203 shots in his career and recorded 92 a year ago. Hofstra also got a boost from senior Mike Moore who transferred from Fordham where he averaged 12.8 ppg during his sophomore campaign. Rounding out the potential contributors for The Pride are returning players Yves Jules and David Imes. During the season opener Hofstra also used freshmen guards Dwan McMillan and Shemiye McLendon for significant minutes(26 and 23 respectively.) Both players scored in double figures behind Jenkins.

For the most part Hofstra is going to play small and be guard heavy. Washington at 6-10 and Imes at 6-7 constitute the only real size and Washington is just as thin as John Henson. According to Ken Pomeroy, Hofstra ranked 36th in adjust tempo with 70.7 possessions per game. That and the fact The Pride plays small increases the likelihood this will be more of an uptempo affair since it is unlikely Hofstra can battle with UNC on the backboards in the halfcourt given the size differences. In fact, at some point Roy Williams has to think about running his big lineup out there with Tyler Zeller, John Henson, Harrison Barnes and Reggie Bullock at the 2-5 spots. Your only concern there is whether Hofstra has any speed or in the case of Bullock, whether he can keep the opposing two in front of him.

For UNC's part, pounding it inside and maybe enticing Washington into early foul trouble would be the best scenario. UNC enjoys an advantage on the post and Hofstra does not have the bodies to check both Zeller and Henson besides 250-lb freshman Roland Brown. Another big rebound and block game for Henson would not be surprising. Both Henson and Washington are freakishly long/thin so watching them matchup will be interesting. Now that Harrison Barnes has a decent game under his belt, the anticipation will be this tournament should be his breakout games. We shall see. Aside from the post and Barnes, all eyes will be on guard play. Can Larry Drew and Dexter Strickland bring something to the table? If not the Kendall Marshall/Reggie Bullock bandwagon is going to look like this and the comments section will be the OK Corral by 8 PM tonight. 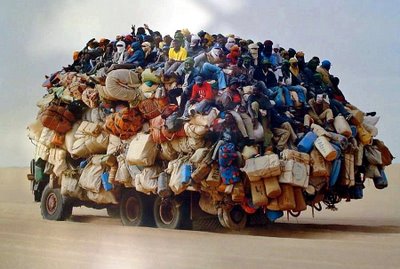