Share All sharing options for: It Helps If You Can Put the Round Orange Thing in the Hoop

Do me a favor. Take a look at the tempo-free offensive production for the conference games so far: 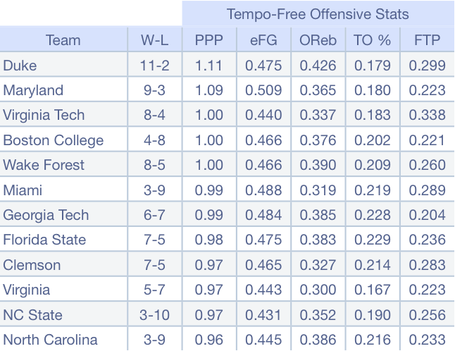 Can't find UNC? Look all the way down at the bottom. Yep, the Heels are the least efficient scorers in the ACC. And there are a lot of teams that can't score in this conference this season. In the last five years, only fourteen teams have finished with 1 point per possession or less, and right now we're on track for eleven teams to be that bad.  But none of them are as bad as Carolina! And it's not that their particularly bad in any specific aspect of their offense – they're just pretty uniformly playing poorly. They can't hold on to the ball, can't hit a free throw, can't make a shot – they can rebound pretty well, but then again they have a lot of opportunities. 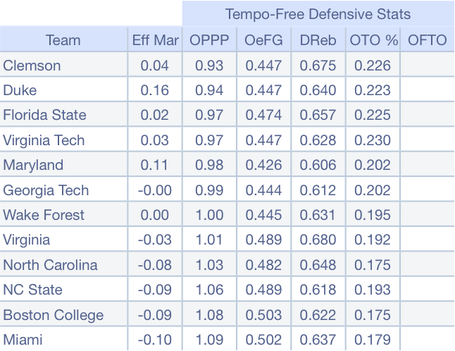 If "Guys Playing UNC" was an ACC team, they'd be third in the conference. This isn't that horrible of a defensive performance, actually. Last year's championship team gave up 1.01 points per possession – they got better in the tournament – and the 2000 Final Four team was just this bad. The difference? Those teams could score.

Also note that Boston College's defense is actually worse than Carolina's, in every metric. And they won. Good times.