And Now, a Moment for the UNC Team That Made the Tournament

Share All sharing options for: And Now, a Moment for the UNC Team That Made the Tournament

I've neglected the women's basketball team this season. In part, this was because they struggled in conference play just like their male counterparts, at one point losing seven of eight. This dropped them from the coaches poll for the first time since 2001. They've also had to play without their senior forward Jessica Breland, who's redshirting the season while she recovers from Hodgkin's lymphoma. (She returned to practice at the end of February, and should be fine for next season.)  With Breland out, it's fallen to Cetera DeGraffenreid and Italee Lucas, both guards to take the brunt of the scoring. Carolina has never been more than an average three-point shooting team, and without the balance of a strong inside game, their offense has suffered. 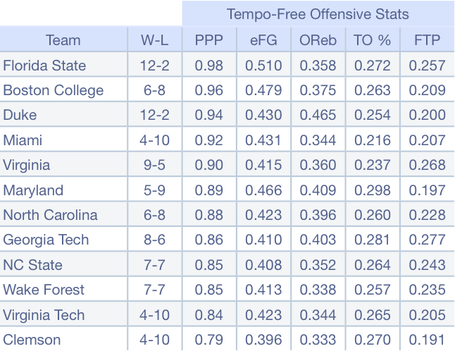 Breland's absence has really been missed on the defensive end though, especially the boards. The Heels put together their poorest rebound effort of the last couple of years – previous stats can be found here and here and here – and gave up a lot more points because of it. 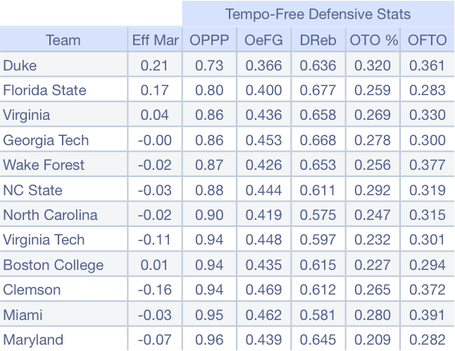 The improved a bit down the stretch, knocking off a top Duke team at home by 10 before an early ACC Tournament exit, and took the week after the tournament to get a warm-up game in against NC Central. I don't know how well they'll do against Gonzaga, however. The Zags went undefeated in a pretty weak conference – they've only lost eight games in the WCC in the last five years – but lost both of their games to ranked teams, including be blown out by 31 by Stanford. UNC on the other hand has played six ranked opponents and lost to five of them, the worst being a 41 point drubbing by eternally top-ranked Connecticut.

The Women's tournament is notoriously chalky in the early rounds, and for UNC to pull off the upset they'll have to step up the defense against a team that led its conference in practically all categories, and do it practically in the Bulldogs' backyard of Seattle. It's a tough road; I'm not sure they can pull it off.

Update: Our Connecticut blog – who else – has a rundown of the entire tournament. He says to watch out for the awesomely named Courtney Vandersloot, the Zags top scorer and the 2007 Washington State HS player of the year. He also says this could be the best first-round game of the regional.