Spring Football Game Is This Weekend

Share All sharing options for: Spring Football Game Is This Weekend

UNC will hold its spring football game this weekend. The game itself will start on April 9th at 3 PM with a variety of activities preceding the game. Admission to the game is free. Tar Heel Blue has a full rundown of the event schedule.

Spring practice has been rather low key at UNC this season. Part of that is UNC basketball making a deep NCAA Tournament run but the other part is the cloud of the NCAA scandal and the loss of numerous NFL caliber players has subdued things a bit. That is not to say UNC won't be very good in 2011, quite the opposite, but they are toiling along and quietly taking care of business. The events of last summer have really increased accountability among the players and caused everyone to be more attentive to the things that could help or hurt the team.

I have read various notes and articles about spring practice. For the most part the defense looks solid, especially with the front seven. JUCO transfer Sylvester Williams has turned some heads. The defensive line won't get the same hype as they did a year ago but they could be very, very good.

The running back corps is chock full of potential with the likes of Gio Bernard as well as returning Ryan Houston and Hunter Destroyer of Worlds Furr. The quarterback position is not as clear cut as we thought it would be. Bryn Renner is the heir apparent but is being pushed heavily by Braden Hansen. Both A.J. Blue and Marquise Williams are in the mix but probably lack the accuracy and experience in the system to take the reins from either Renner or Hansen. The receivers are solid with eyes on Dwight Jones to see if he can really have a breakout season.

The most important thing for the program right now as they wait for the NCAA to do...something...is to really focus inward and set the table for solid 2011 season. Butch Davis has had three straight eight win seasons at UNC which is not something that happens often. I think the pieces are there to push that win total to nine or ten and by all accounts the team is absolutely in the proper mindset to go there. There are questions but at least they are all football related.

Also, here is the latest image of the new Blue Zone at Kenan Stadium. This site has a regularly updated image of the work and a time lapse video of the construction. 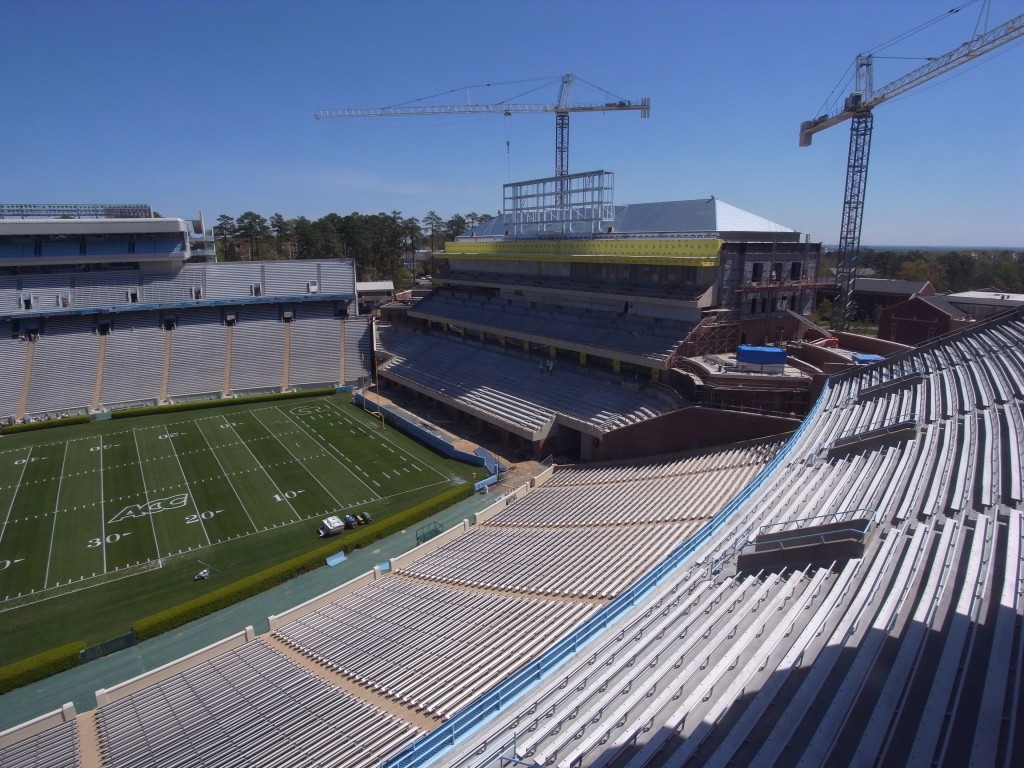