UNC released pictures of this year's basketball uniforms, in advance of their official unveiling Thursday. Are fans going to like them? Well that depends on if you liked the vaguely sweat stain resembling Duke jerseys from last season. Because Nike's aerographic trend has been extended to Carolina this year: 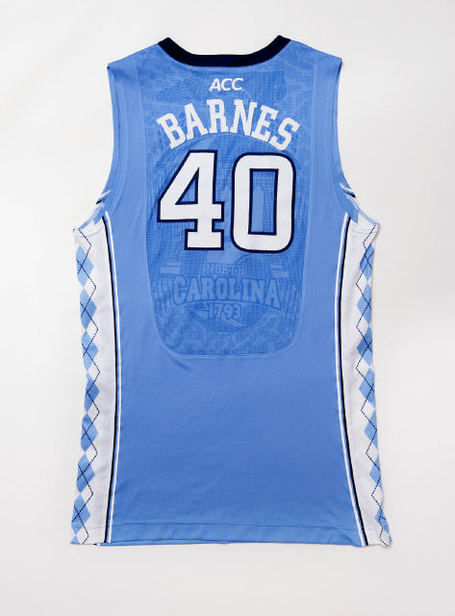 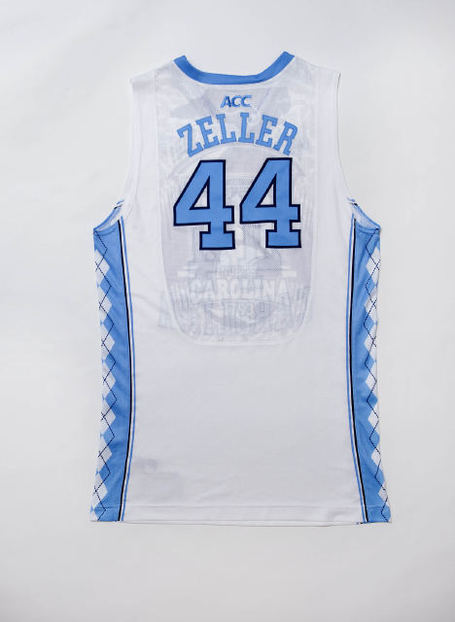 As near as I can tell, that design includes the state of North Carolina, possibly with the Tar Heel logo inside it, the Old Well, a rather redundant basketball, the extremely redundant words "North Carolina" and 1793, the year the Old East cornerstone was laid to officially establish the university. Of course, from the distance we'll all be viewing the from, the design will resemble an amorphous gray blob.

Before folks break out the pitchforks, I'll relink to this in-depth profile of Nike's jersey line from last spring. The one advantage to the xerographic look is that it drastically reduces the weight of the uniform:

I took Gonzaga's full uniform from just after the Beijing Olympics, which was better and lighter from where they were, but still all knit. I weighed it and together, both jersey and short, it was 1 pound, 7 ounces. Now, we have our total kit down to around 10 or 11 ounces. You have to factor in Nike Pro Combat, but we're shaving almost a pound out of our uniforms. For us, that's pretty significant, and now that we're shaving a pound out, we're looking for fractions of ounces, kind of like how footwear operates. They're happy when they go from 12.6 to 12.5.

That's something that has helped to influence us a lot. Footwear has gotten to be so focused on lightweight, that for the athlete, the first thing they do or ask about when they pick up a shoe, is how light it is. Light is good. In the past, people wanted something heavy from us.

Most schools have had the shorts modified as well, so expect the same from Carolina and everyone will probably go to compression shorts underneath, if they aren't already. So if you're eyes are suffering, at least the technological advances are interesting. You can also check out a lot of the designs from last season – Nike is very fond of having a year in those aerographics, for one thing. UNC's still strikes me as way too busy on first glance, however.