Everything you wanted to know about playing a college basketball game on the deck of an aircraft carrier but were afraid to ask.

Obviously this is probably the most unusual location ever selected for playing a regular season college basketball game. Aside from playing on a court surrounded by bleachers on the flight deck of a nuclear powered aircraft carrier the game will be outside.

ESPN did a Sports Science feature on the game revealing some interesting facts.

USA Today has a detailed rundown of the setup for the game here.

UNC arrived in San Diego on Wednesday and received an extensive tour of the USS Carl Vinson with many of the players discussing what an humbling and awesome experience it was. Kendall Marshall snapped photos of the court. 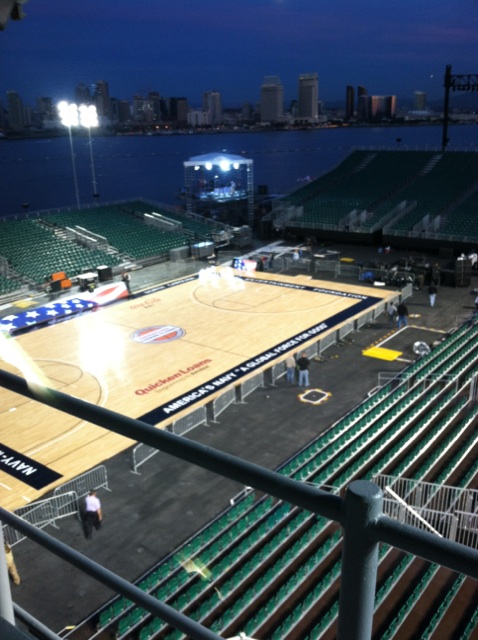 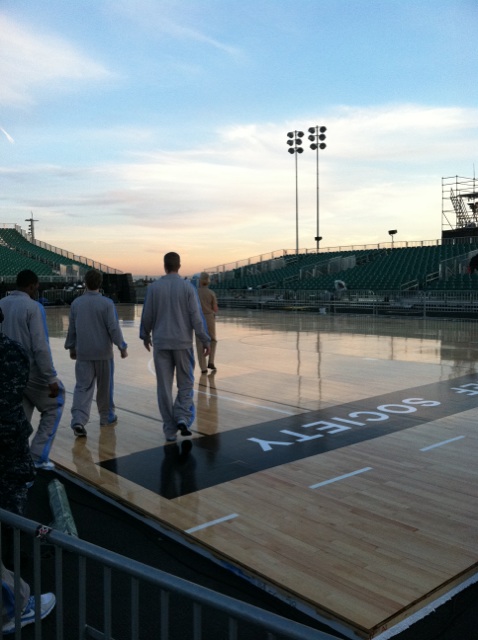 There have been preparations made to play the game below the hangar deck however the court has not been setup yet. The weather outlook for Friday has improved with mostly cloudy skies, temps in the 60s and only a 20% chance of rain. The precipitation chances jump to 30% at 6 PM PST about the time the game would be ending.

UNC practices on the court for the first time Thursday.