A Visual Representation Of UNC's Year

Share All sharing options for: A Visual Representation Of UNC's Year

The end of the year is always good for reflection and looking back where we've been. For UNC there was plenty good, a fair amount of bad and just weird stuff all the way around. The basketball team finally bounced back from the 2010 debacle with baseball doing the same. The NCAA scandal chugged along and claimed Butch Davis' job while simultaneously making Chancellor Holden Thorp the most hated man among UNC fans outside someone associated with Duke. Men's soccer got over the hump and won the national title while the football team generally confused everyone. With all that happened this year, the upheaval in Chapel Hill is not more starkly seen than in this. 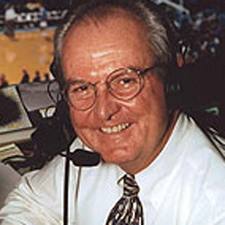 A year ago Butch Davis was still the head coach despite the black NCAA cloud hanging over his program, Dick Baddour remained AD with no clear indication of whether he would retire and Woody Durham was in the middle of basketball season.

During the past year, Woody hung it up and was replaced by Jones Angell. Dick Baddour resigned to make room for a new AD to hire the next football coach in the wake of Butch Davis being fired. Bubba Cunningham took over for Baddour and ultimately hired Larry Fedora.

UNC athletics is the very bastion of stability. Coaching changes do not happen in many sports because most sports at UNC are wildly successful. Dick Baddour had been AD for 14 years and before him John Swofford had a similar lengthy tenure. Woody Durham had been the radio voice for 40 years. While AD and football coaching changes are not unusual, it is not every year a school had both those jobs change hands and sees its primary radio voice retire giving way to a new generation.

The jury is still out to varying degrees on all three of these new faces but for the most part I think we can all be fairly happy with the direction of things heading into 2012 than perhaps we were when 2011 kicked off.