You Make the Call...

Share All sharing options for: You Make the Call...

...because I'm not sure Ray Natili, Tim Nestor, or Brian Dorsey can.

In a game filled with inconsistent officiating, the 4th-foul charge called on Calvin Leslie stands in stark contrast to the no-call on Kendall Marshall's game-winning shot. The emergent meme after the game was that, if Leslie's play with 8 minutes left was a charge, then Marshall's play with 10 seconds left should have been as well.

Thanks to Ethan Hyman's excellent photo gallery at the News and Observer website, you can judge for yourself: 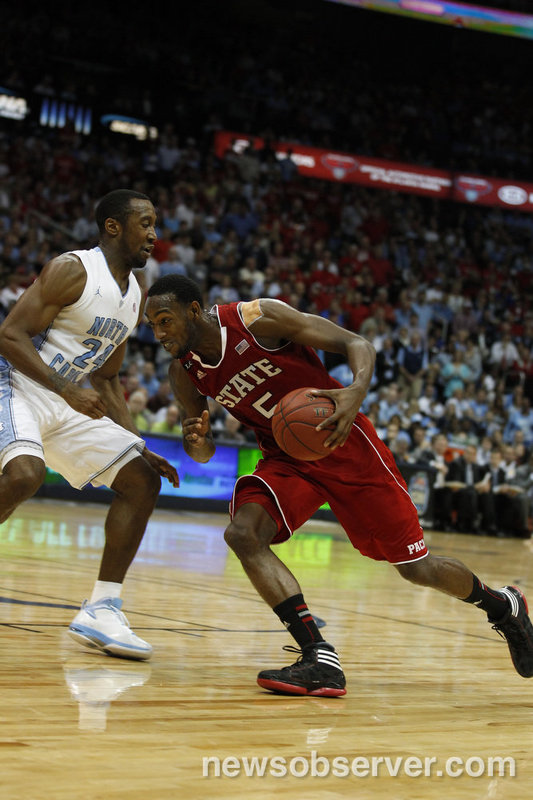 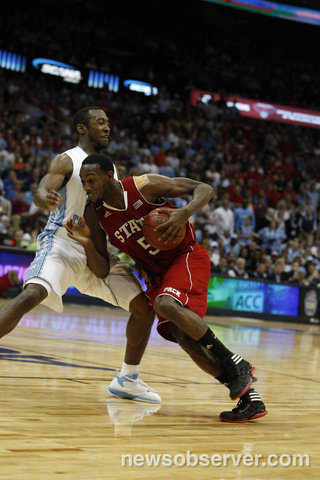 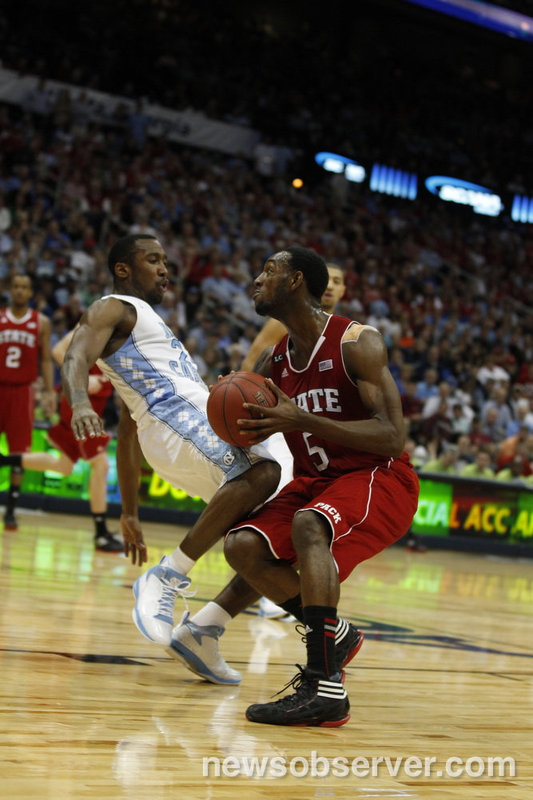 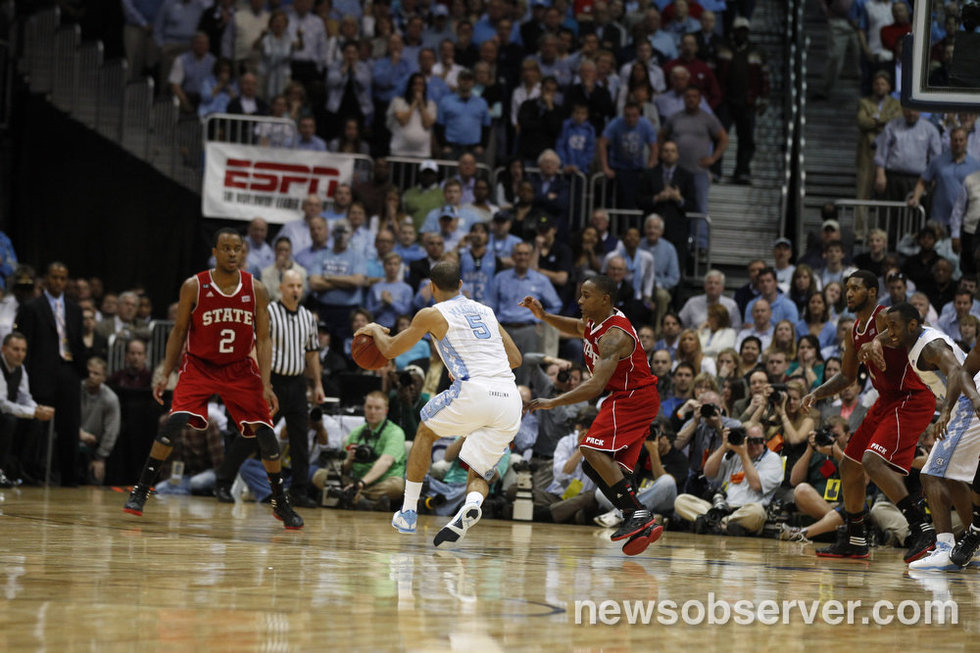 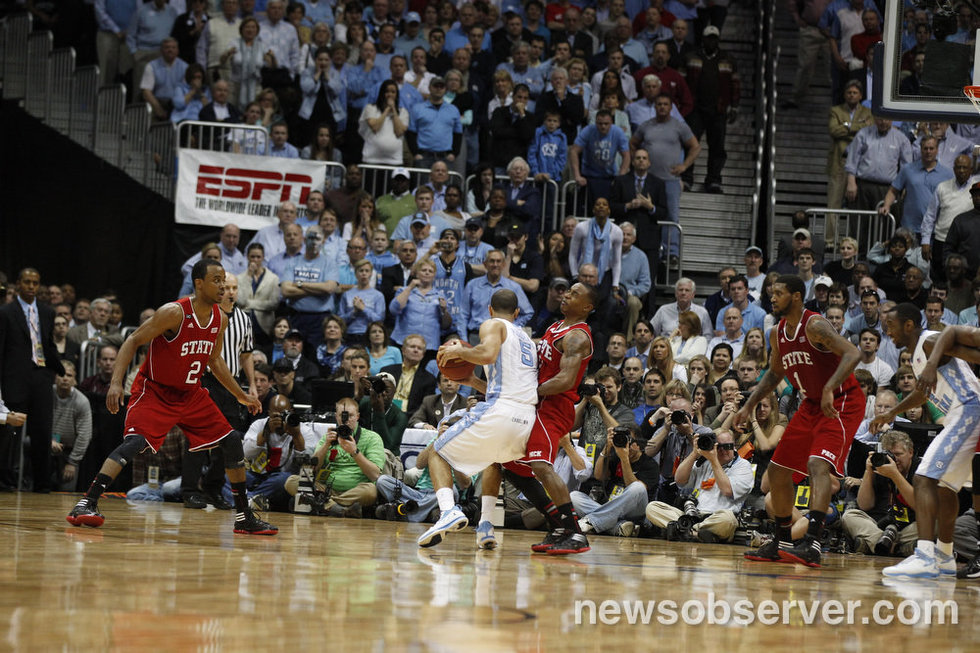 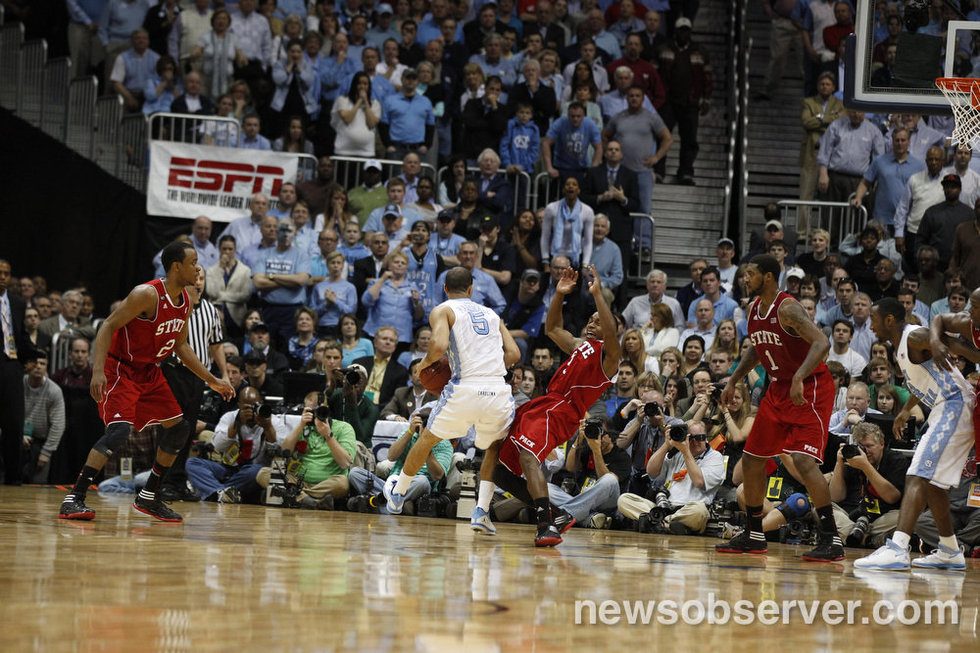 For what it's worth, I think pictures don't always tell the tale, especially since the angles are so different. But, I do think Leslie dips his shoulder more than Marshall, plus Leslie is trying to put the ball from his left into his right hand, which adds more force to his move. Marshall does not seem to put as much dip into his move, and since he is left-handed, the ball stays in the hand furthest away from the defender.

Still, I think the biggest difference between the two plays, however, is the timing. I believe if the timing of the plays are reversed, Marshall might get called for a charge on his play with 8 minutes left and Leslie gets a no-call with 10 seconds left. I'm not sure anything short of Marshall running over Johnson like a linebacker gets called with 10 seconds left in the game. Likewise on the last throw-in by NCSU; short of a felonious assault, the official is going to swallow his whistle on a loose-ball scrum.

Of course, while State Fans will point to the officiating as why they lost the game and as more obvious proof of the vast Grandover-led conspiracy against them, Brian summed up the Pack's afternoon in this tweet: "Hey NCSU you want to win the game? Have Scott Wood show up or you know execute a simple pass 35 feet from the basket under zero pressure." And might I add, shoot better than 3-11 from three and don't get outrebounded by a team missing a double-digit-per-game rebounder.

Editor's Note: The initial post referred to the charge call on Leslie as his fifth foul. It was actually Leslie's fourth with his fifth coming on the defensive end shortly after the charge. The post has been edited to reflect this.