Share All sharing options for: Maryland, Senior Night, and Shades of Gray

Wednesday Tyler Zeller, Justin Watts, Stewart Cooper, Patrick Crouch, and David Dupont will play their last game in Chapel Hill in a Carolina uniform. And that uniform will be a dull gray. I'm sorry, "hyper-elite platinum," a strange shade that doesn't at all resemble the metal it's named for. I'm probably the only person disappointed that Senior Night is in part being usurped merely because their opponent wears Under Armour, but so be it. 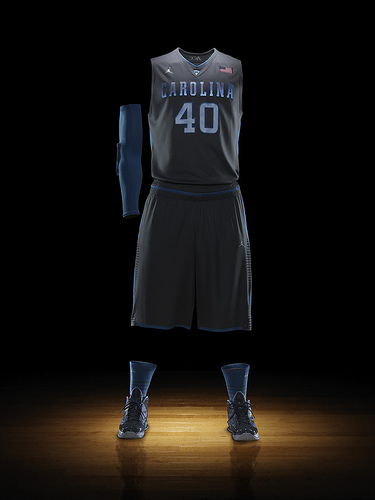 The uniforms may end up being the most interesting thing about the game, because the opponent has fallen on hard times. Since UNC and Maryland last met, the Terps have lost three of the six games they've played. Those three games were all on the road, unsurprisingly. In fact, Maryland has won only one true road game all season, a 64-62 win over Clemson. At 6-8 in the ACC and devoid of any NCAA tournament hopes, I wouldn't expect great things from this team.

That leaves UNC playing against their own history and expectations. It's the last home game for at least five players, and probably as many as seven, on a team that can't shake the aura of underachievement that has settled upon them. It's not entirely fair to call a team at 25-4, 12-2 in the conference and with good odds of being the number one seed in the ACC Tournament anything less than a success, but you can also compare them to the national championship UNC teams of years past and feel there's something missing. The outside shooting has been lackluster, the games are rarely won as conclusively as you'd expect from this level of talent, and something still seems off. The team dropped out of the national conversation with the Florida State loss, and commentators seem intent to pencil Duke into a number-one seed over the Heels despite one, if not two, meetings between the two teams still remaining. And while the Tar Heels can dominate ACC discussions with debates over how many players from one team should make the All-ACC lists, outside the conference confines they've been forgotten, passed over for discussion of Big Ten teams they've already beaten, a Kentucky team they lost to by one, and the battles of the Big 12.

Against the national landscape, they've become a shade of gray.

So maybe this is a good uniform for this team. One that allows them to pass unnoticed on the national stage, just another team wearing the same "special" uniform that drew so much attention at Duke, Syracuse, and Kentucky. UNC is the last team to put on this outfit, after all the media attention has drifted away. And playing after all the teams in spotlight have already taken a bow might be just where this team wants to be.