The Breakfast of Champions

Share All sharing options for: The Breakfast of Champions 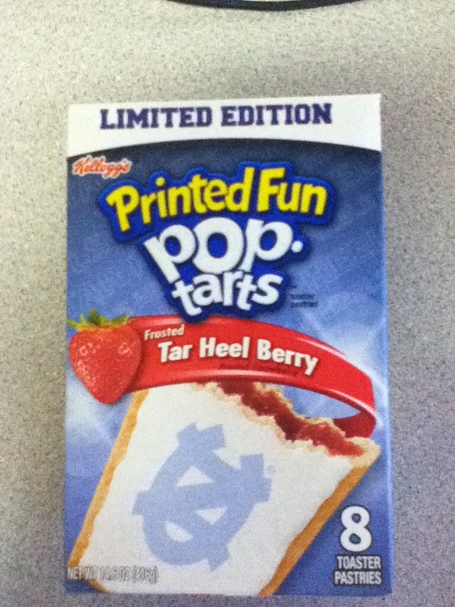 Back in August, Kelloggs announced it would be producing college branded Pop Tarts for five schools. UNC was one of them. Those Pop Tarts have now hit the shelves of the local Wal-Marts here in North Carolina. The UNC version is called Tar Heel Berry and I picked a box up this morning. 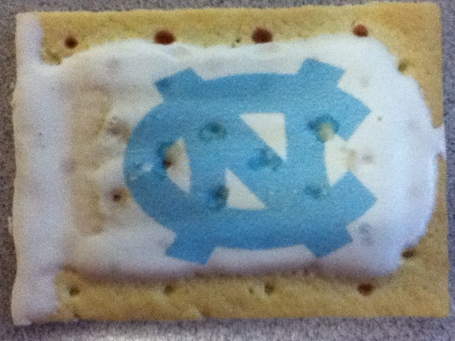 My only complaint is they used a red berry filling instead of a colored filling UNC fans would find less objectionable. Other than that it is your basic strawberry Pop Tart with white frosting that has an interlocking NC slapped on it.