About Those New Road Uniforms You Heard About

No, it's not gray this time. Or silver. Or even navy blue.

Share All sharing options for: About Those New Road Uniforms You Heard About

Yesterday, NIKE had announced that UNC would be wearing the new Hyper Elite Road uniforms this Saturday versus NC State. This came as a huge surprise to pretty much everyone at UNC and was quickly refuted on Twitter by various Tar Heel sources. It was not that UNC wouldn't be wearing a new road uniform this season, the issue was it apparently was not happening this weekend.

We now know(according to a corrected Nike release) it will happen on February 9th when UNC visits Miami in Coral Gables. Oh and it looks like this. 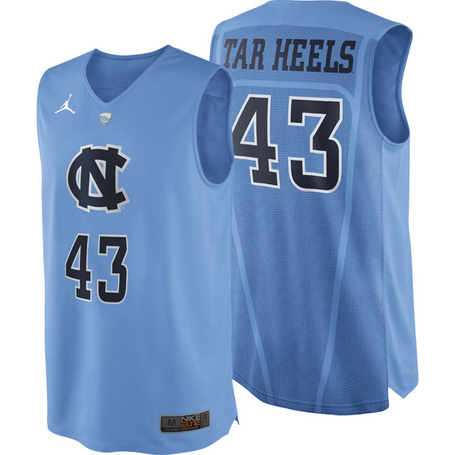 Your eyes do not deceive you. That is indeed the interlocking NC making a comeback on the front of the uniform for the first time since the 1999-2000 season. That might not be so bad since UNC did go to the Final Four that year. The Heels also ended the regular season with an 18-13 mark. Given how well that season ended it was mostly a painful journey.

As is always the case, 90% of the fans will hate, hate, hate these and all of the players, recruits and members of the younger generation will think these are "tight" or "the bomb" or whatever the kids say nowadays.