UPDATE: UNC is the #6 seed in the East, will face #11 Providence in San Antonio on Friday. Full brackets at the bottom. More to come later...

And here we go.

They are set to begin unveiling the NCAA Tournament bracket at 6:00 PM and in this day of social media when they could just release the bracket and let us look at it, CBS insists on maintaining some level of drama with this.

The answer is it really doesn't matter. UNC is a team with some limitations on the offensive end so the length of the Tar Heels' stay in the tournament will hinge greatly on the match-ups they face. Whether UNC is a #4, #5 or #6 doesn't matter as much as the possibility of facing the wrong kind of team. UNC has beaten several good teams this season but also lost some questionable games. The long and short of those results is UNC's "sense of urgency" as Roy Williams often says and playing against the right kind of team.

The ACC is expected to get five teams in with Pitt locking their bid up with a win over UNC on Friday. NC State and Florida State are both holding out hope of inclusion in the field of 68 but their chances look very slim.

Comments and complaints if you have 'em.

UPDATE: The South bracket is released, and Kansas and UNC are happily separated: 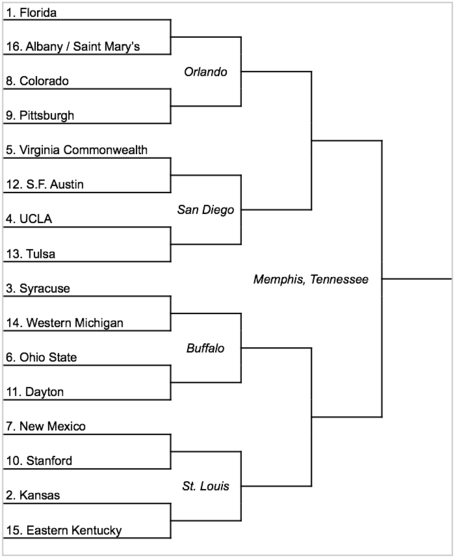 Here's the West. Nothing of note unless you want to hate watch Creighton. 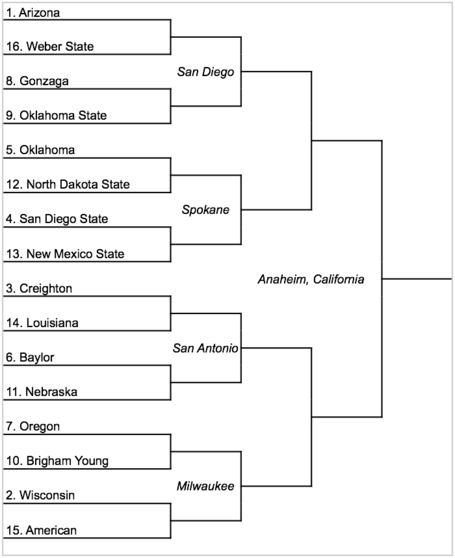 And now the Midwest, with Duke and First Four team N.C. State. Also Louisville. Can't wait to hear about another exciting rivalry being born there. 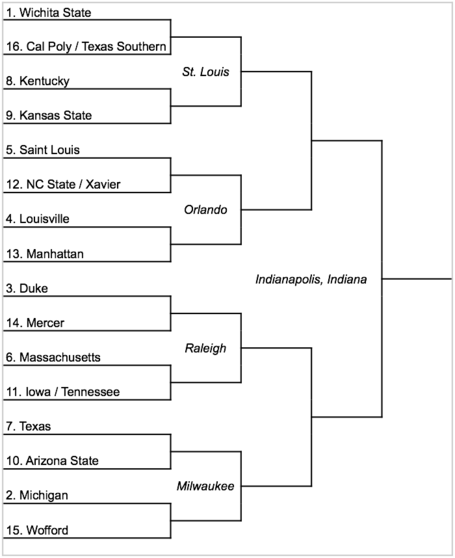 And finally the East, where UNC will play Providence in San Antonio. I have to like this region: 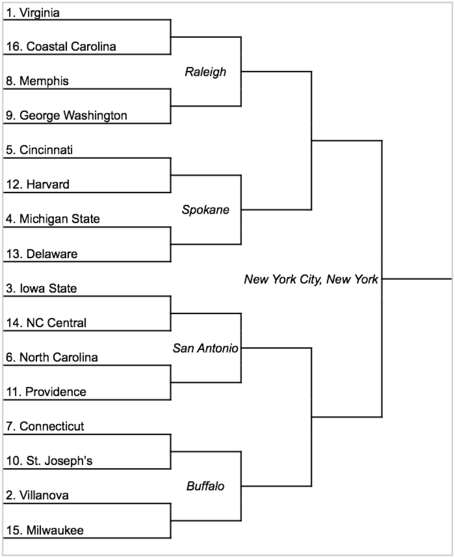