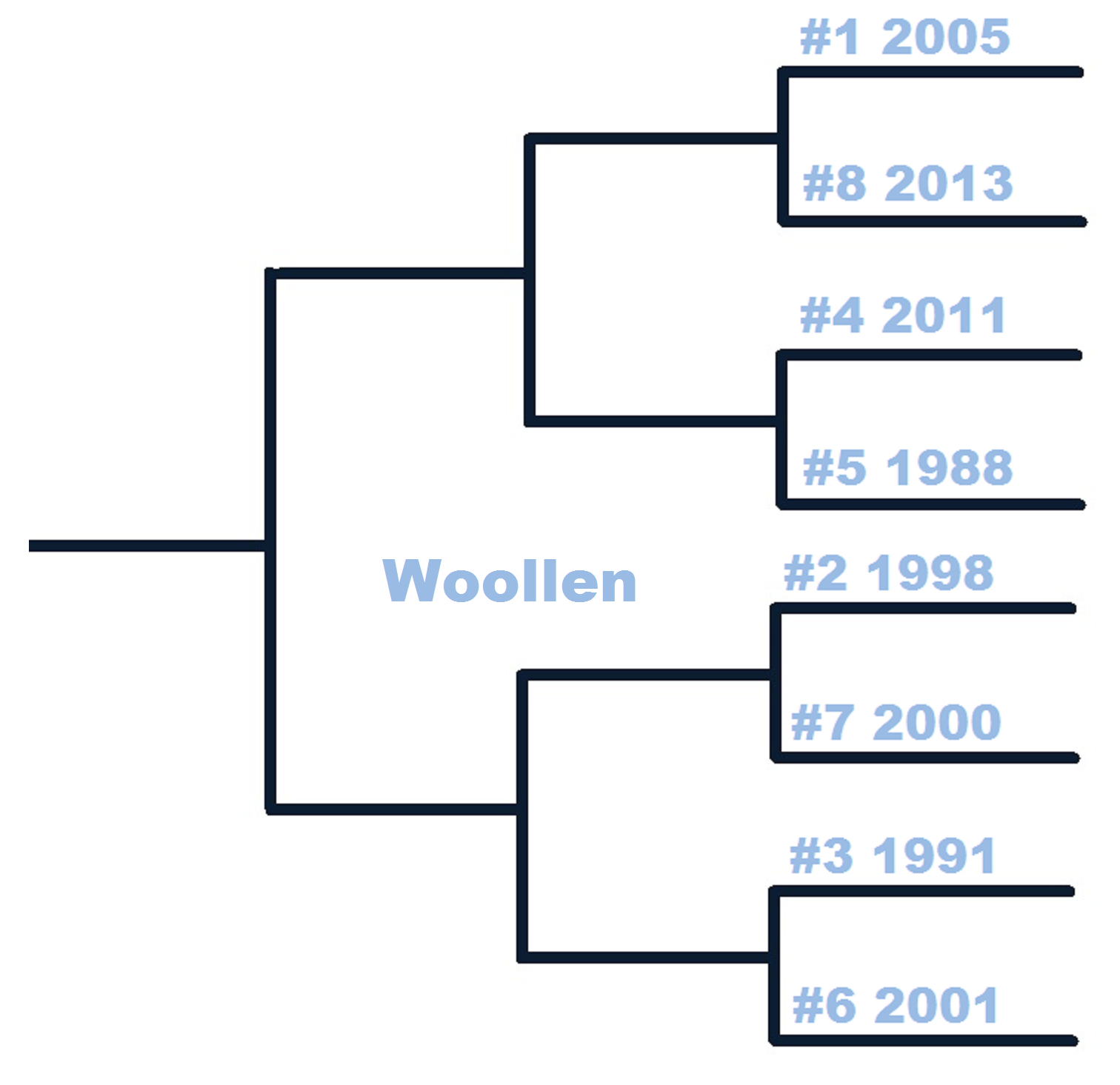 Much like the other #1 vs #8 match-ups this one is pretty straightforward. In fact there is one inescapable aspect once you see the lineups matched up. If going small against the 2005 Tar Heels didn't work for Illinois or Villanova then the 2013 team doesn't stand much of a chance. Sean May dominated players who were actually traditional centers(Shelden Williams for example) so chances are the same thing is happening with him going against James Michael McAdoo. Raymond Felton versus freshman Marcus Paige is a no-brainer and Jackie Manuel shadowing Reggie Bullock would likely shut the junior from Kinston down. The Jaward Williams versus P.J. Hairston match-up might be the only spot 2013 can glean an advantage, that is until Marvin Williams comes off the bench at the four.