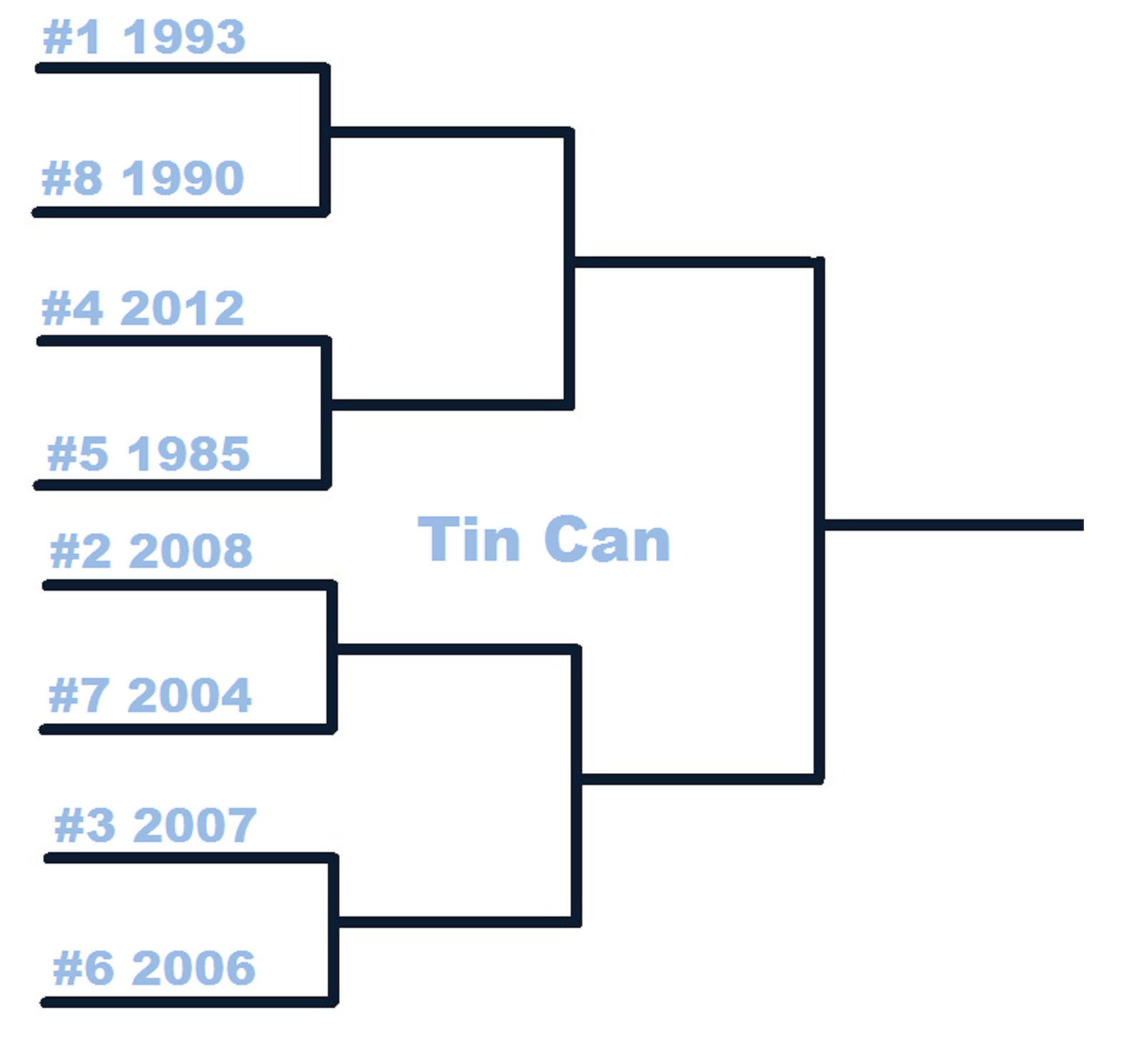 The advanced stats paint a very clear picture of how this match-up would go and speaks both to how good the 2008 team was and how far the 2004 team improved to win the title in 2005. More or less this game would largely be decided on the perimeter and at the free throw line.

Not only is 2008 a better three point shooting team but they defended the perimeter quite well versus 2004 which didn't. The 2008 team has the third best three point percentage defense in the Roy Williams era allowing teams to shoot 32.6% from three. 2004 has the worst three point defense of the eleven UNC teams under Williams giving up 35.2% from three. That kind of perimeter defense against Wayne Ellington and Danny Green is asking for all sorts of trouble.

On the interior, Tyler Hansbrough in 2008 is likely going to get the better of 2004 Sean May and probably get him in foul trouble along the way. 2008 has quality depth and plays at a higher tempo than 2004. The 2004 team was still adjusting to Roy Williams and in some ways a hot mess while the 2008 was built to run Williams' system. In that respect it's the difference between a team playing with the training wheels on versus one that's doing wheelies down the street.