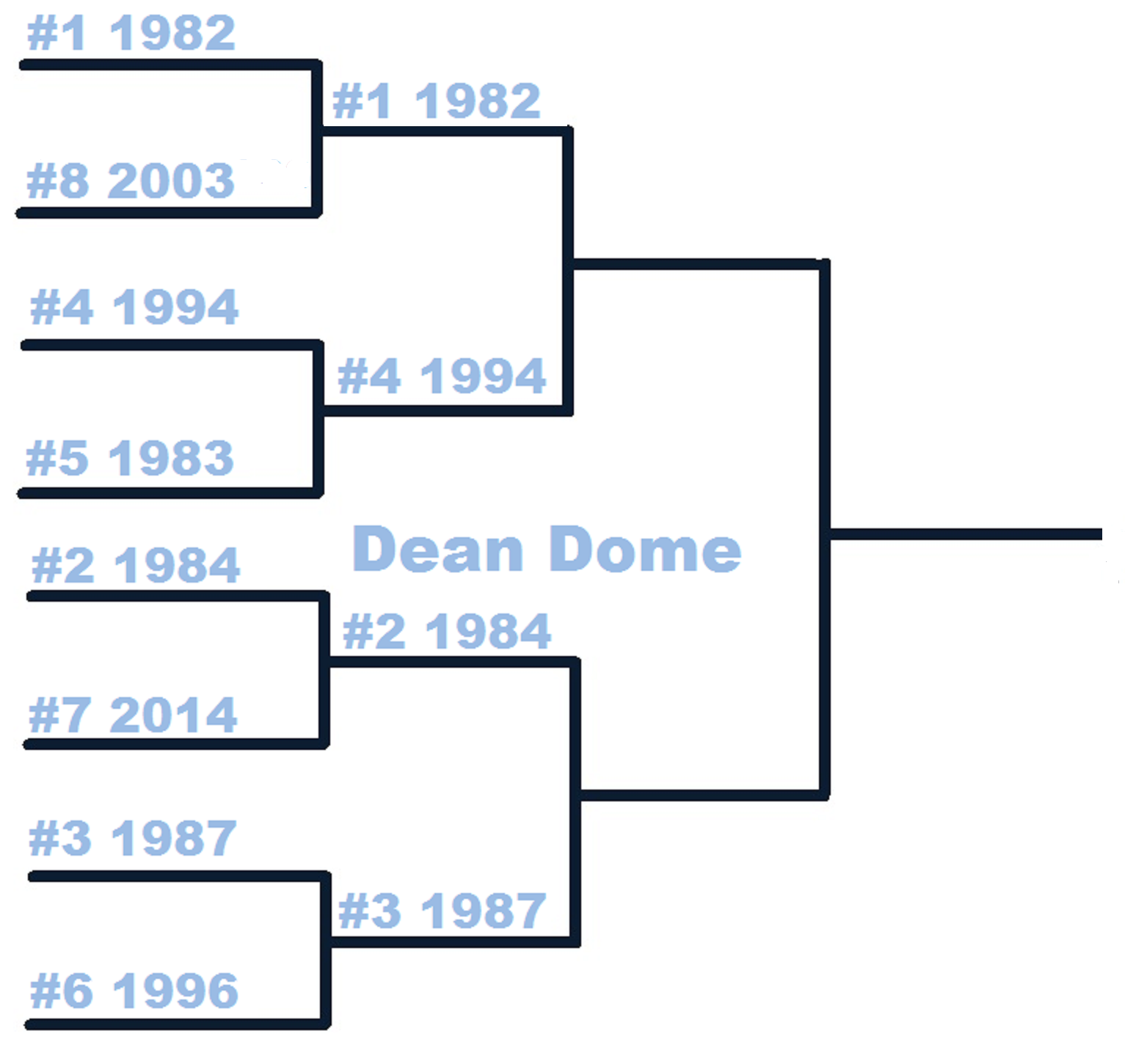 After watching a first round full of games that had only the slightest hint of something interesting we move into the second round which should provide more debate fodder. That is the case here though on paper it still looks like 1982 has an edge in terms of sheer talent. The pitfall for 1982 is depth. 1994 had four decent players on the bench. Heck, Jerry Stackhouse came off the bench for the 1994 team not to mention a second seven footer in Kevin Salvadori and Jeff McInnis who provided a nice change of pace at the point.

Speaking of the point, Jimmy Black vs Derrick Phelps is well worth noting here. These are the only two point guards that won national titles under Dean Smith and both are of the same mold. Phelps and Black were both defensive specialist and offensive facilitators. After all, given the weapons both players had around them, scoring wasn't a necessity.  Phelps probably gets the better of this match-up and either Brian Reese or Stackhouse likely gets the better of Matt Doherty at small forward.

After that, it feels like 1982 owns the other positions though Rasheed Wallace versus James Worthy would be well worth the price of admission.