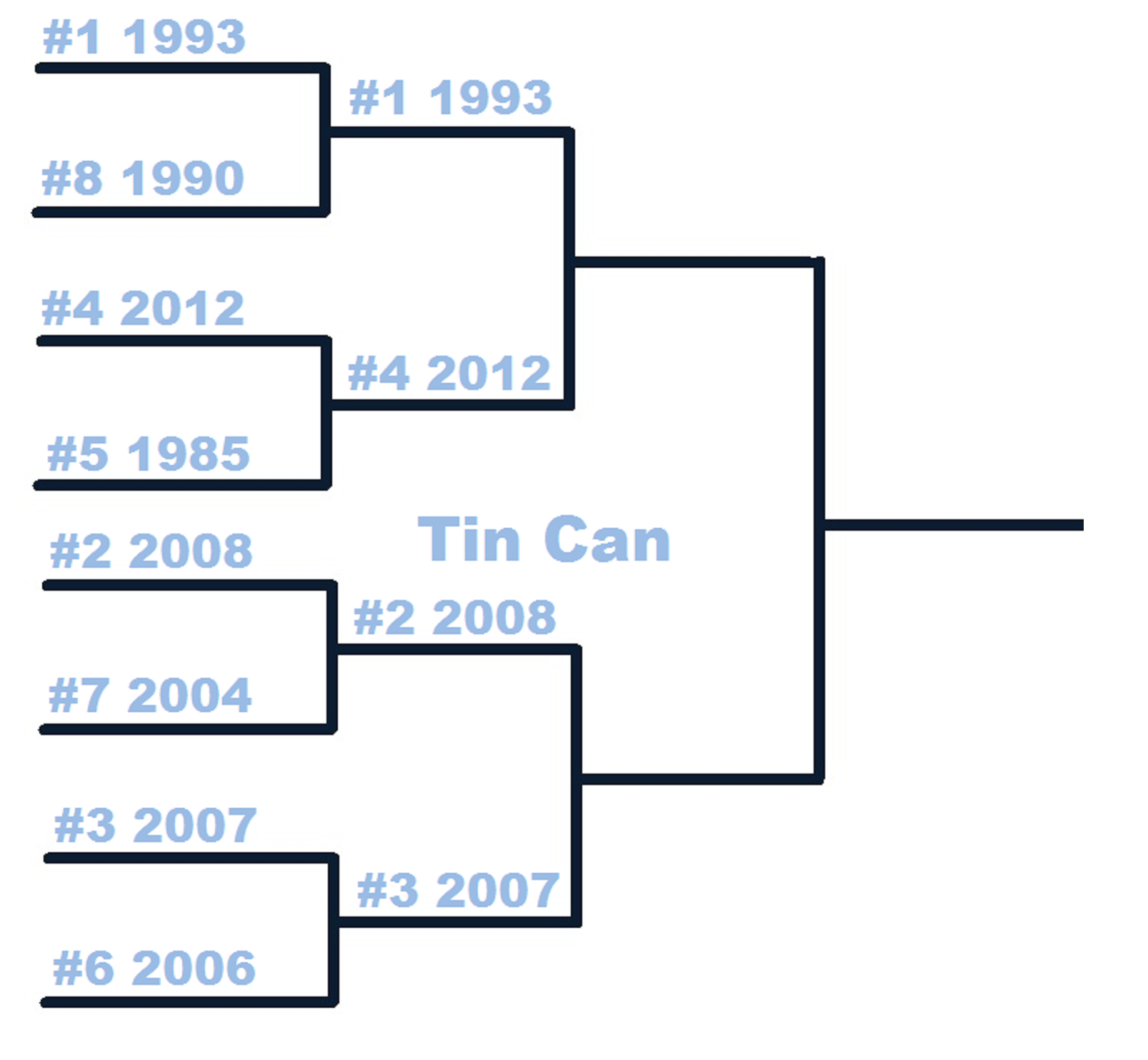 Simple question. Was the 2008 team with a smaller roster, more mature players and Tyler Hansbrough playing at a NPOY level really that much better than 2007 which had Brandan Wright and Reyshawn Terry instead of Deon Thompson and Marcus Ginyard?

Yes. First the stats from KenPom.

2008 comes out on top but the teams are very close.

In the end the one element you can't avoid here is the fact 2008 was a well-oiled machine. The core group had figured things out as a team, Wayne Ellington and Ty Lawson became the players everyone thought they would be and Hansbrough was the best player in the country. Most importantly the 2008 team knew how to win from several games the 2007 team lost such as at home to Virginia Tech, at NC State and yes versus Georgetown after being up 10 with six minutes left.

2008 had the intangibles the 2007 team was still figuring out which would probably be the difference.