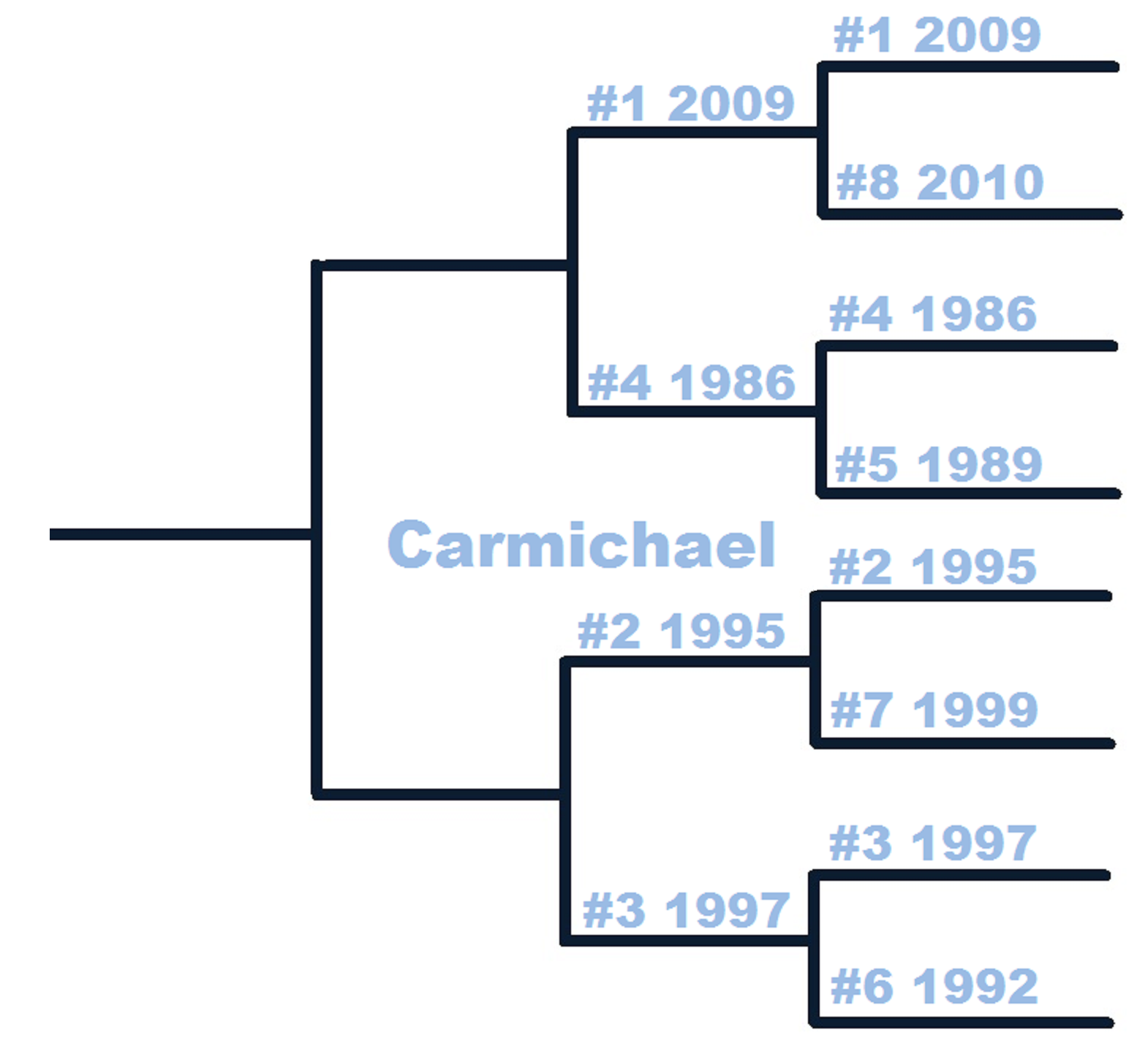 Two teams which very capable three point shooters and a host of freak athletes without much depth. Of all the games so far this one might be the best bet for sheer entertainment. On one side you have Jerry Stackhouse and Rasheed Wallace. On the other side Antawn Jamison and Vince Carter. The over/under on dunks would probably be something like 15? 20? Then there is Shammond Williams facing off against Dante Calabria and Donald Williams in a three point shooting contest.

At the end of the day, I don't know if there would be much defense being played and while 1997 was good in the back half of the season, 1995 was just a little better. 1995 had a few more weapons and a little more edge to them though there is a solid chance Wallace and Ndiaye end up with double technicals at some point in the contest.