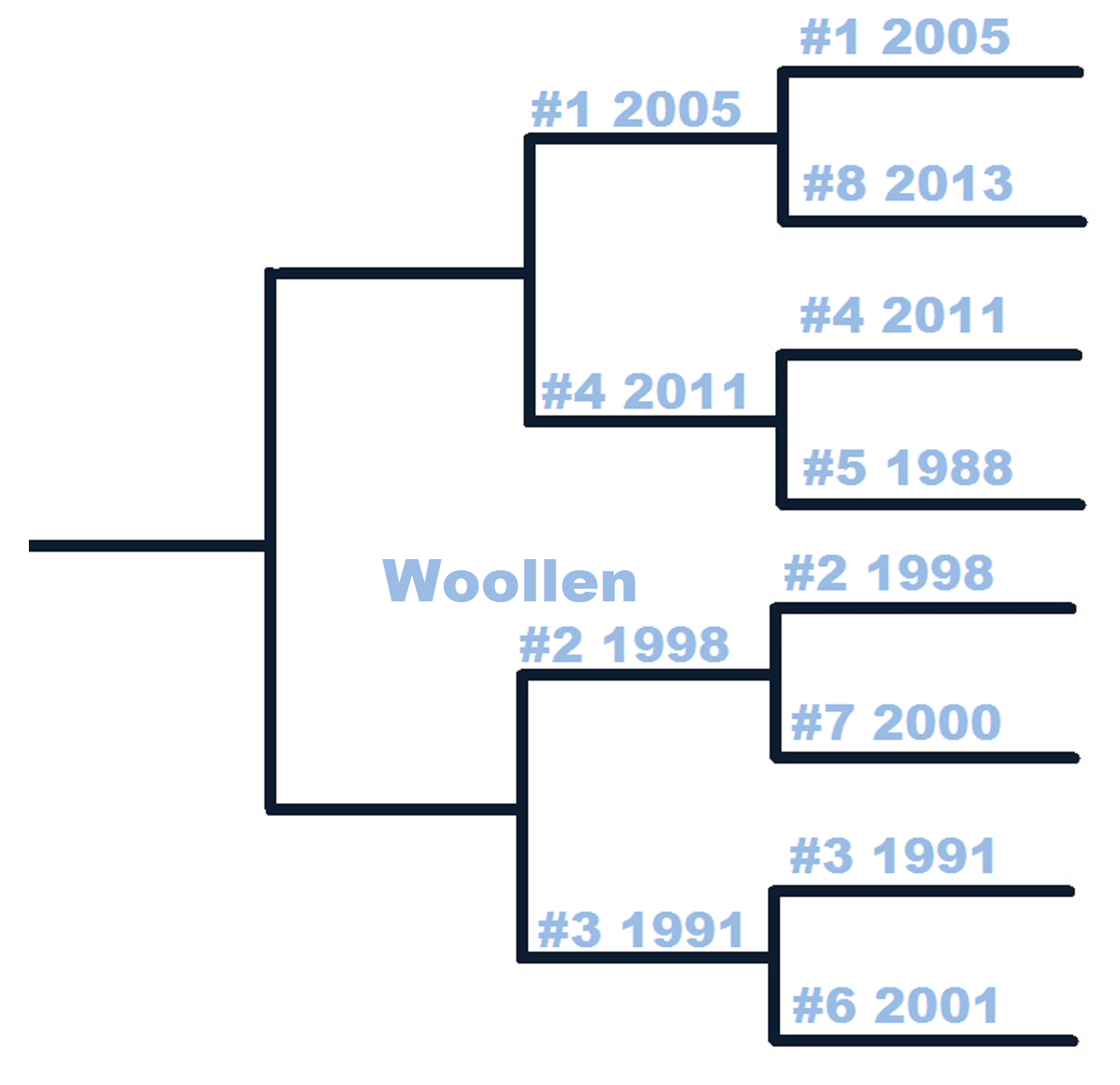 On one level I think this would be an interesting game to watch. On the other hand 2005 strikes me as having too many weapons, depth and experience for 2011 to keep up. The only thing 2011 has going for it is the fact that was Roy Williams' best defensive team in his UNC tenure so far. 2011 posted an adjusted defensive efficiency of 90.4 which is slightly ahead of 2005's 91.7. The latter number is still pretty good in its own right. Williams has had four teams below 92.0 in adjusted defensive efficiency and these were two of them. The others were 2007 and 2012.

In short, 2005 should win and probably fairly handily.