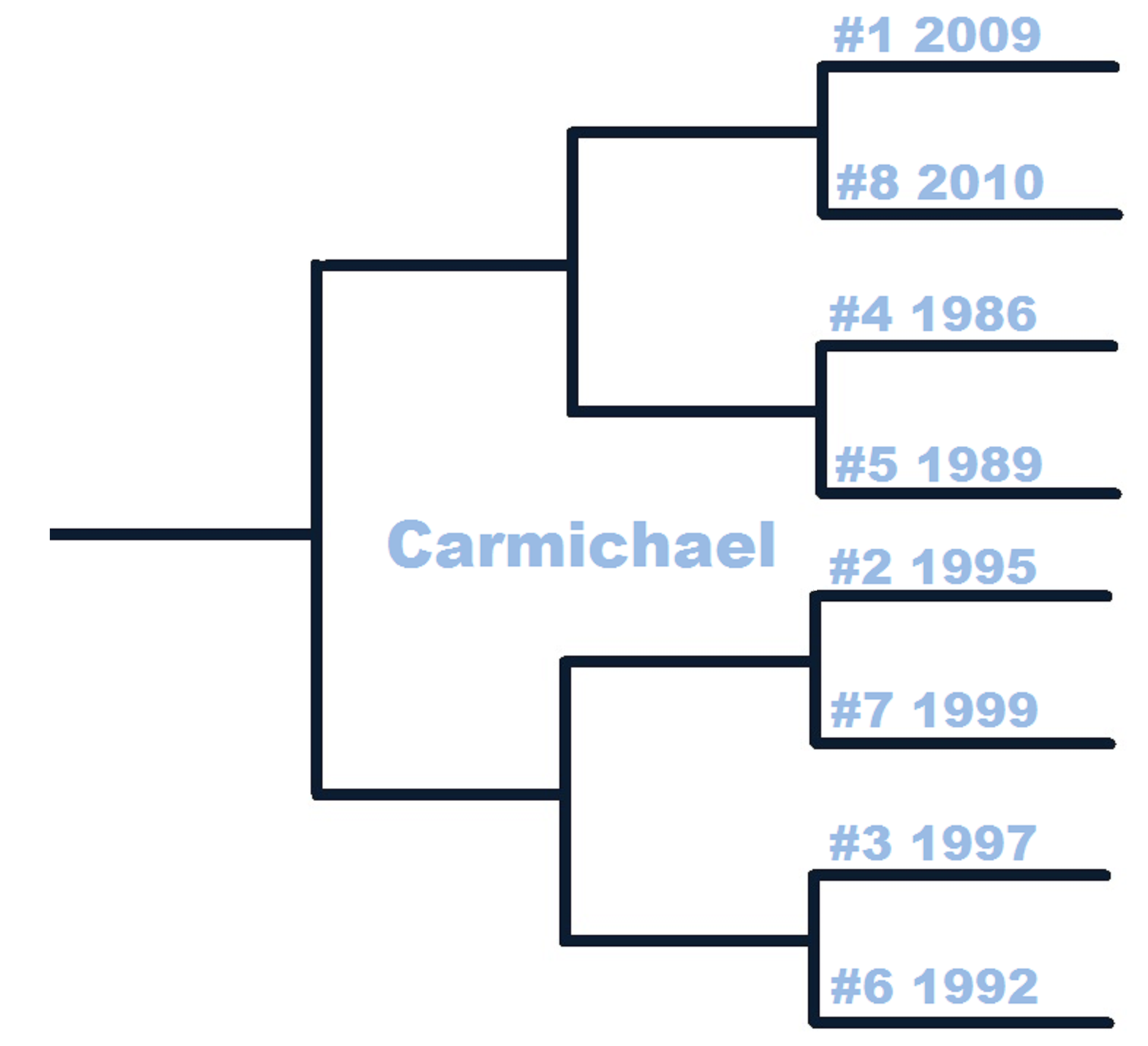 This may be the first true toss-up of the tournament. The previous two 4-5 games had a distinct feeling of one team being better than the other. I am not sure that is the case here though you could argue some favor for 1986 at point guard and center positions. Brad Daugherty became the #1 pick in the NBA Draft after the 1986 season and Kenny Smith was well Kenny Smith. Those two provide a notable edge. The senior Jeff Lebo trumps the freshman version of himself and Steve Bucknall is probably ahead of the oft-injured Steve Hale. Joe Wolf versus J.R. Reid might be a toss-up. Then again, Reid was awfully good. 1989 has a better bench with Rick Fox and Pete Chilcutt.

One element in 1989's favor is the three point line had been in the game for two years whereas 1986 was the last season without it. Then again, the simulations for other games have not necessarily shown the three point line to be a real factor in how the games turned out. Smith and Lebo can both shoot, likewise for Hale. At any rate, picking a winner here is extremely difficult.