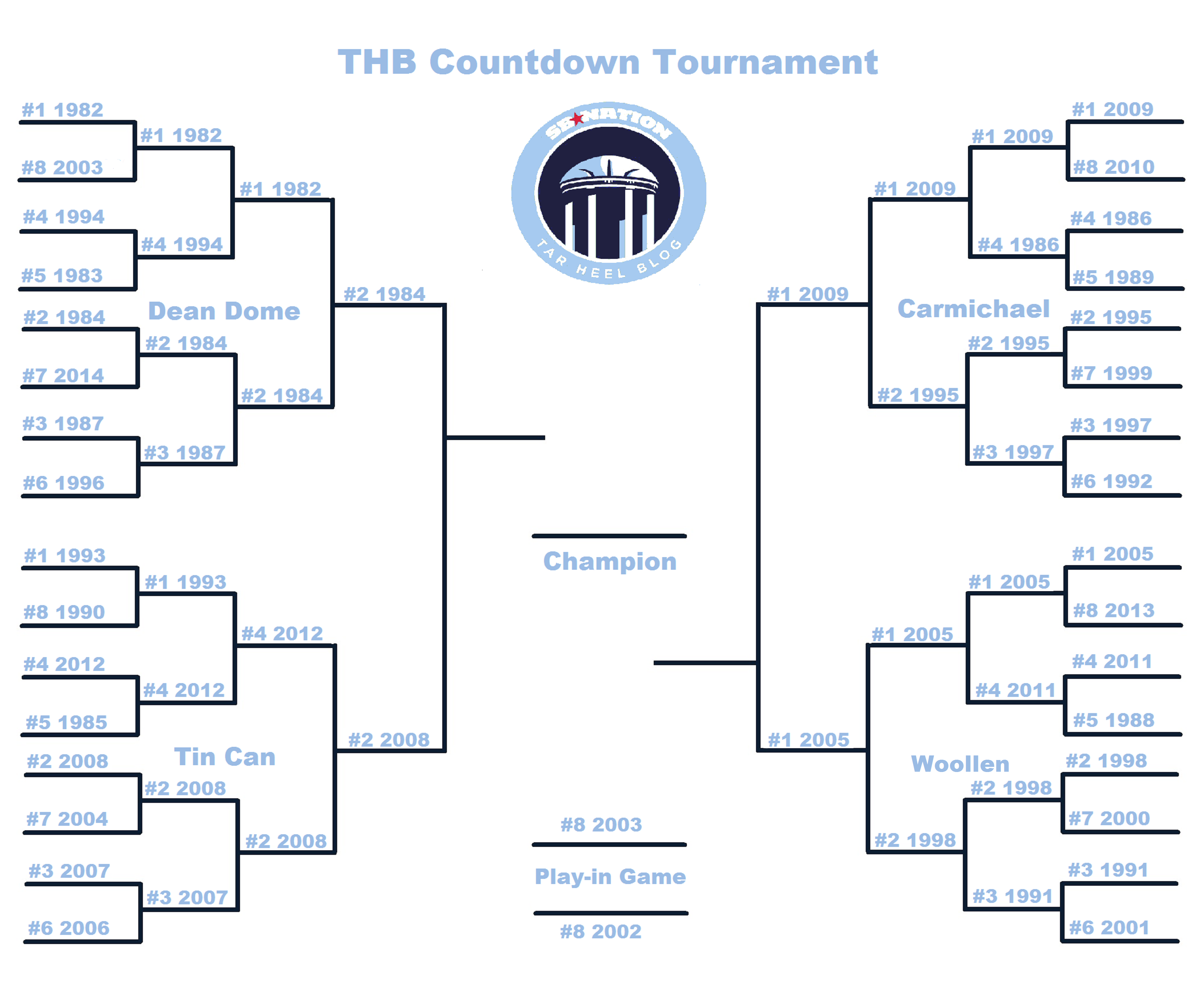 This game includes two Tar Heels who won NPOY honors in Michael Jordan and Tyler Hansbrough. It has perhaps the best point guard of the Roy Williams era in Ty Lawson against one of the few UNC point guards in this tournament not named Raymond Felton with the speed to keep up with him. Wayne Ellington was good, Michael Jordan was better. The small forward is probably a wash until Danny Green comes in the game then 2008 has an edge there. Hansbrough's brawn versus Brad Daugherty's size and athleticism is an interesting proposition and I probably shouldn't even mention Deon Thompson's name in the same sentence with Sam Perkins.

There is a lot of trouble on the interior for 2008, even as good as Hansbrough was that season. 2008 would be riding heavily on perimeter shooting to keep the game close. In the end, a highly experienced 1984 team that rolled the ACC at 14-0 is just too good.