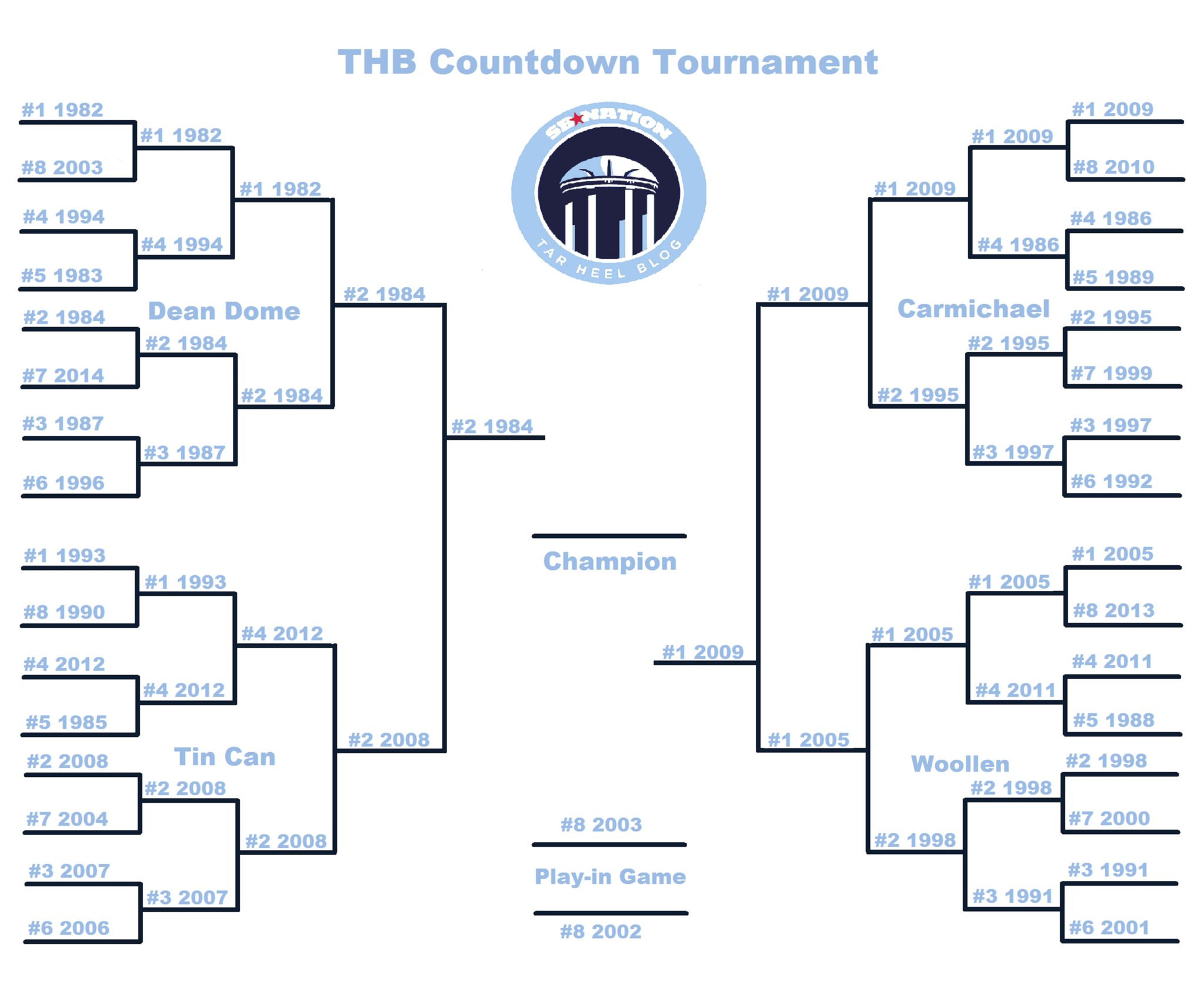 It's possible for a couple of reasons. One is the three point shooting. UNC had three players on the floor in Ty Lawson, Danny Green and Wayne Ellington who all shot 40% or better from three. Secondly, Lawson was very, very good. Lawson's quickness and strength made him a force to get into the lane anytime he wanted and the ability to finish at the basket regardless of who was down there. Couple that with shooting 47% from three, Lawson was darn near impossible to guard. Lawson finished 2009 was the #1 player in KenPom for individual offensive efficiency at 134.3. This is also a team that was over 100 in offensive efficiency in every game they played.

Stopping the 2009 Ty Lawson would be a much more daunting task for Kenny Smith than stopping the 2008 version. On the flip side, 2009 stopping Michael Jordan is a question mark as is Tyler Hansbrough and Deon Thompson operating against Sam Perkins and Brad Daugherty. Jordan would likely get his points and then some while doing a respectable job keeping Wayne Ellington in check. The X factor could be at small forward where Danny Green likely comes out of the match-up with Matt Doherty with the upper hand.

In the end, 2009's pure offensive firepower, which was honed and firing on all cylinders, may be just enough to overcome 1984.