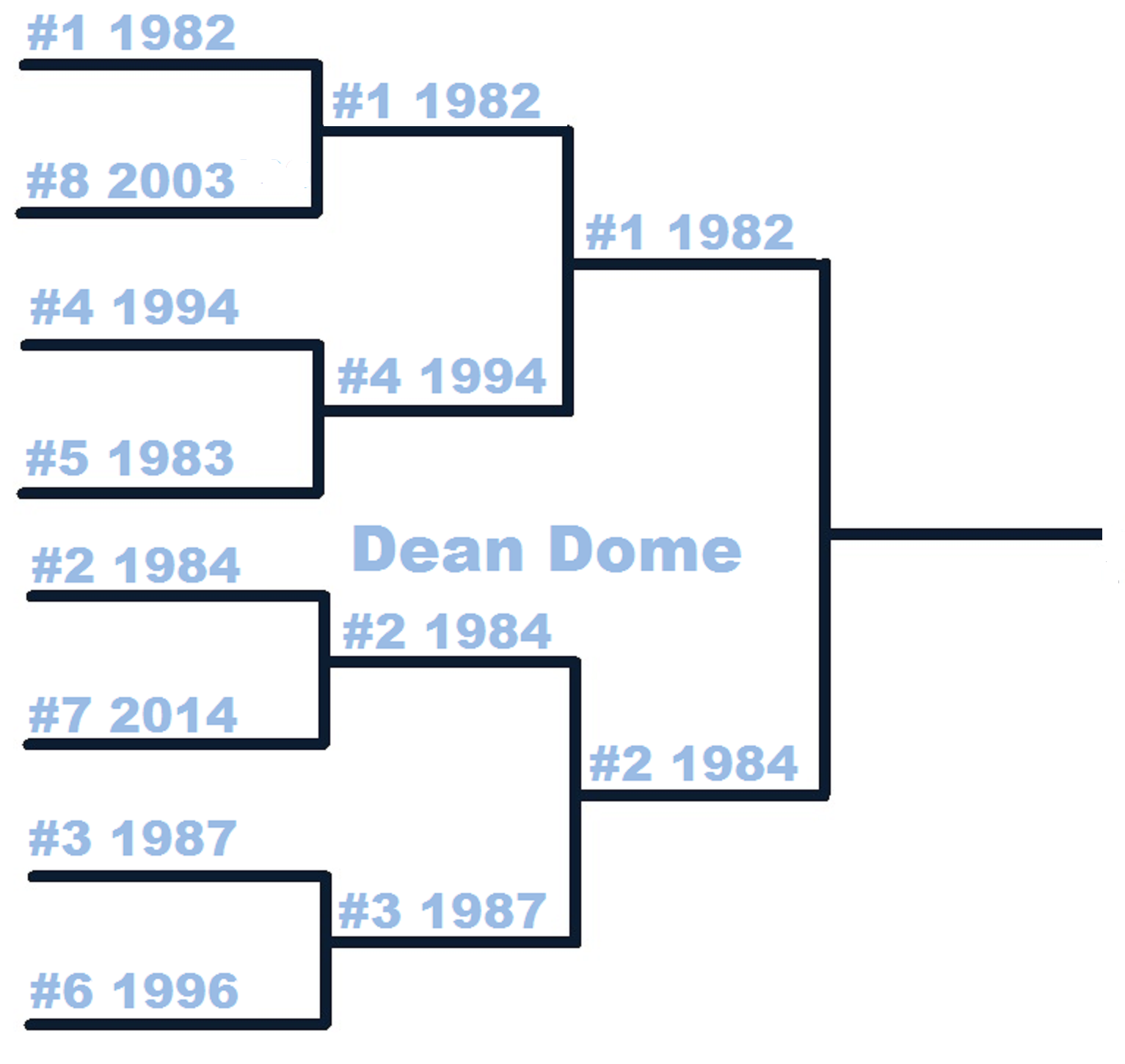 This is the first of what should be four mind blowing regional finals in this tournament. This one has the distinct flavor of putting three players from the 1982 national title team against versions of themselves from two years later. In fact, this little exercise illuminates something very interesting about the 1982 team. It was actually a very young squad. The starting lineup had one senior, one junior, two sophomores and a freshman. Given the era of college basketball at the time where players stayed 3-4 years, UNC winning a title with an age makeup more common today is somewhat amazing.

This game comes down to a few questions.

1. Do the older versions of Michael Jordan and Matt Doherty trump their younger counterparts.

2. Does senior Sam Perkins at least draw even with James Worthy.

3. Sophomore Sam Perkins versus freshman Brad Daugherty and freshman Kenny Smith versus senior Jimmy Black. Who ya got?

I am not sure this is even a debate. As good as 1982 was in winning a national title, 1984 should be just a little better. If such a game were possible, it would be epic to watch.