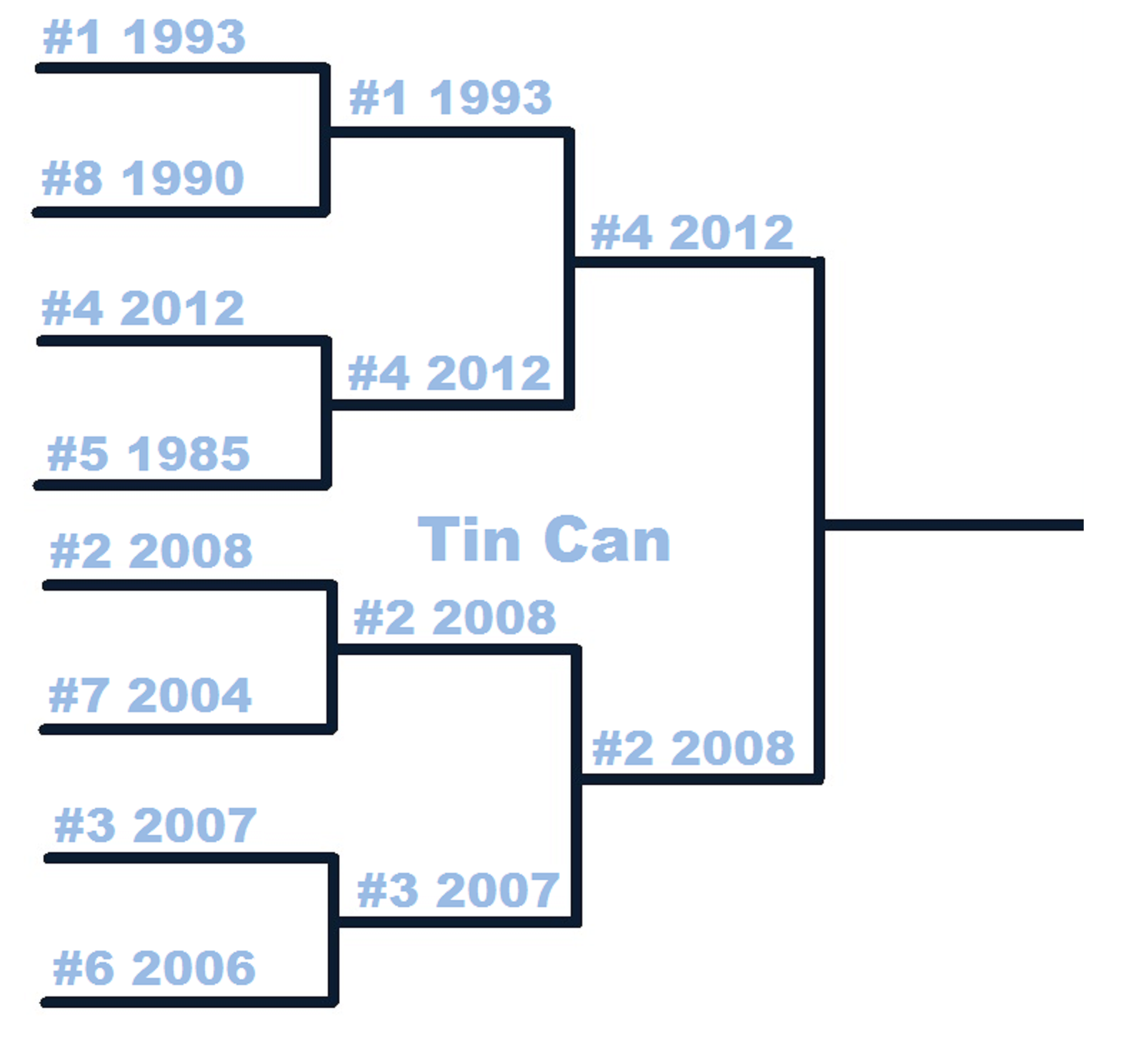 Only in a tournament like this would the 2012 team end up being the plucky underdog.

And looking at the two teams' stats, 2012 is definitely an underdog.

I think we tend to forget the 2012 team struggled a bit on the offensive end, at least compared to other Roy Williams powerhouse teams. 2012 was still 13th nationally in offensive efficiency that season and 14th on the defensive end. However the offense doesn't come close to 2005, 2008 or 2009 in terms of offensive firepower. That means 2012's hope resides on the defensive end hoping that the tandem of Tyler Zeller and John Henson can force 2008 into jump shooting mode in hopes of an off night.

That isn't the best plan in the world going against 2008, not to mention the 2008 Tar Heels carry a bit more depth. Int the end, 2008's weapons on the perimeter make the difference.