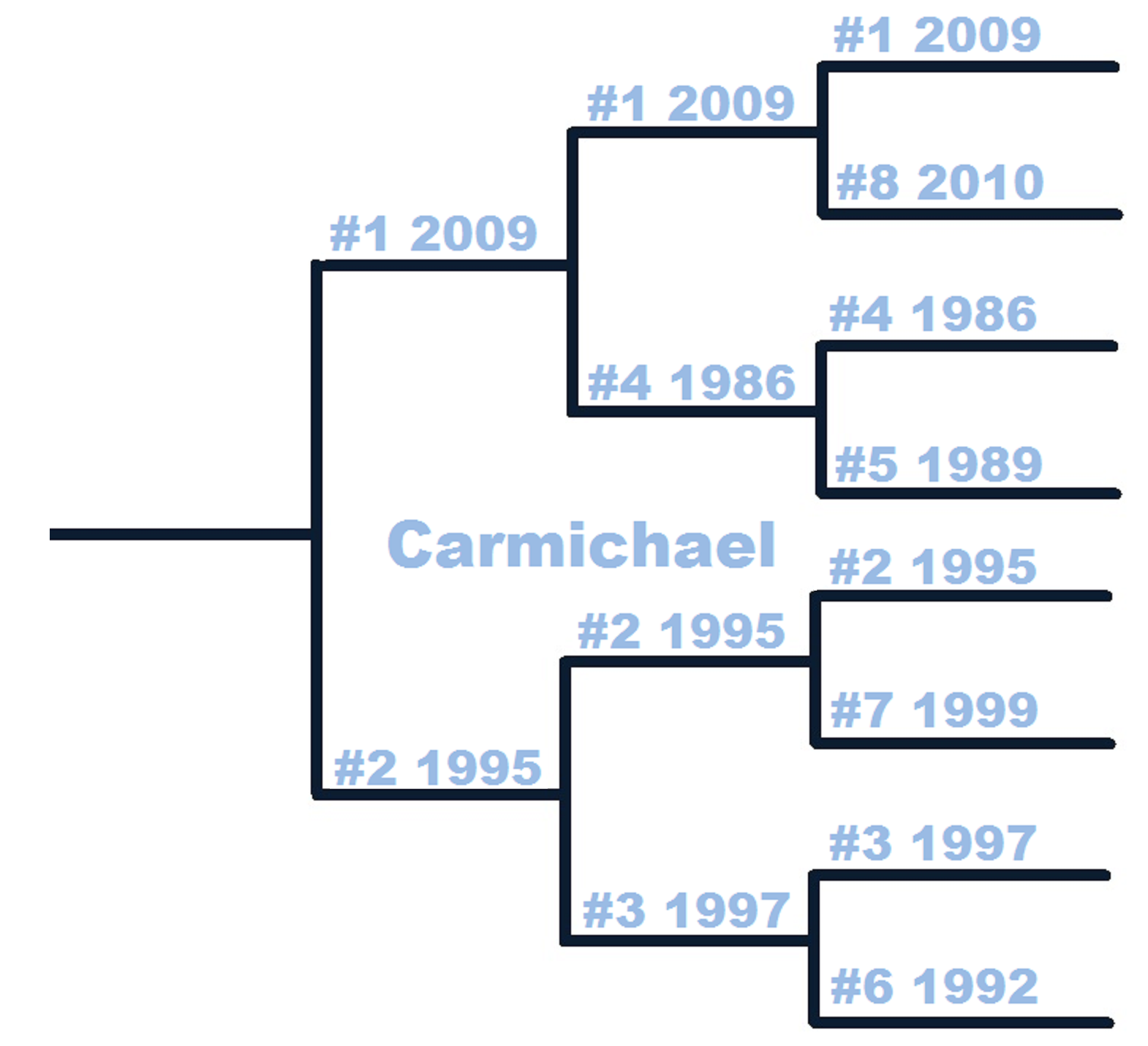 Anyone up for Rasheed Wallace vs Tyler Hansbrough? That is the marquee match-up in this regional final. None of the other position offer anywhere close to the kind of entertainment Hansbrough v Wallace is likely to provide.

The other aspect of this game to watch is the perimeter shooting. Both teams have the weapons but as good as 2009 was from three, 1995 was better as one of only four UNC squads to ever finish the season over the 40% mark as team. That being said the wing position match-ups are not favorable to 1995 on either end of the floor. Dante Calabria and Donald Williams will have their hands full matching up with Wayne Ellington and Danny Green. Jerry Stackhouse is giving away some height to Deon Thompson but Stackhouse's toughness will likely run Thompson into foul trouble.

Of course 2009 also sports a better bench, especially Ed Davis and Bobby Frasor. As many games in 2009, Ty Lawson will be the difference maker. Jeff McInnis might be capable of keeping Lawson in front of him more so than other UNC PGs but in the end, Lawson going for 20-25, not turning the ball over and running the offense is the difference.