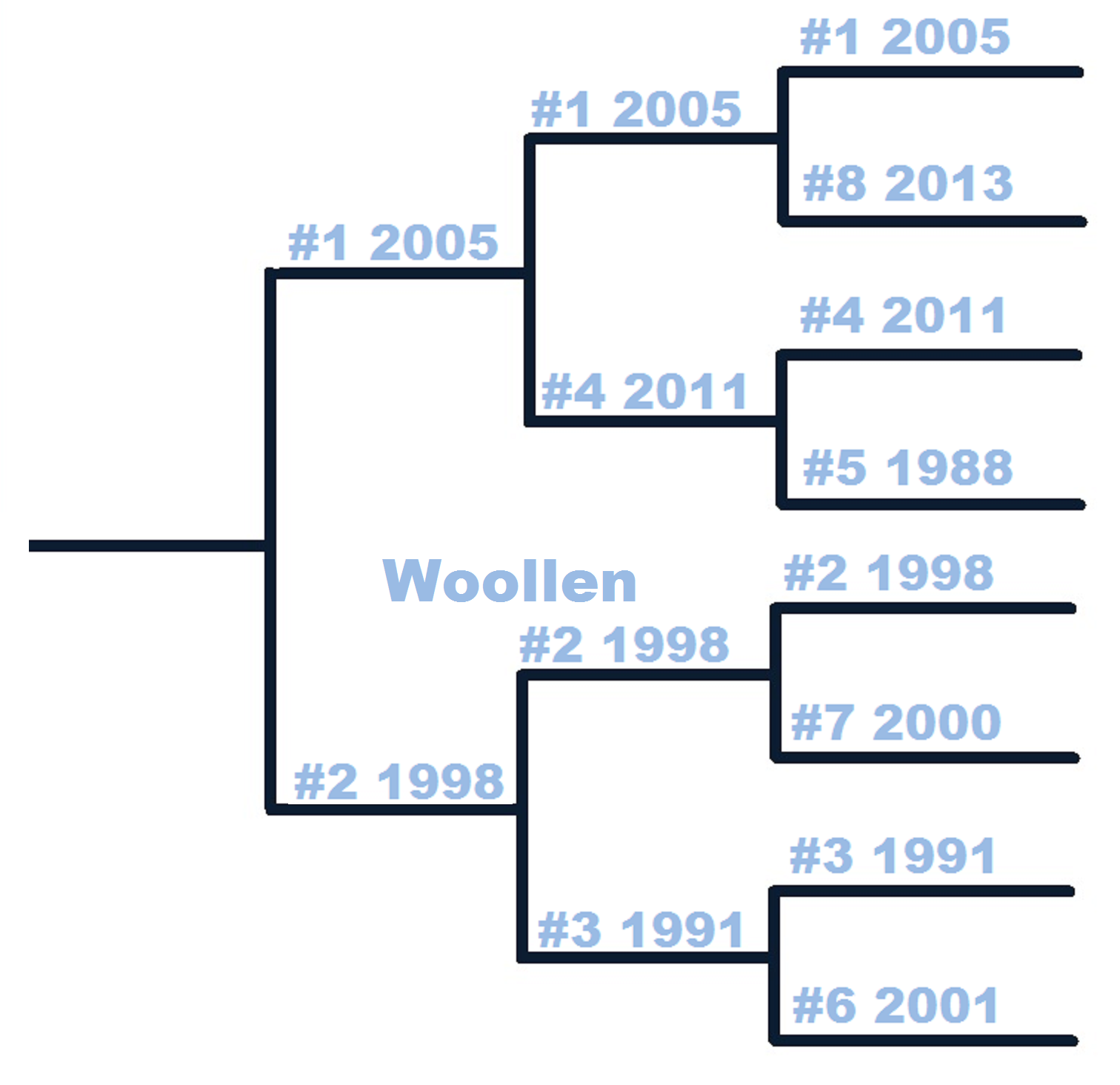 So will be the last team to punch a ticket for the THB Tournament Final Four?

As good as 1998 could be at times, I think they get overwhelmed a bit here. Maybe not initially but midway through the second half, 2005's depth becomes a real issues for 1998. Even more so if Brendan Haywood or Mahtkar Ndyiae run into foul trouble trying to guard Sean May. In addition 2005, to date, is Roy Williams' best three point shooting team of his Chapel Hill tenure making this team balance on the offensive end to the point the individual match-ups may not ultimately matter.

In the end, Antawn Jamison will get his and perhaps Vince Carter is productive, that is unless Jackie Manuel shuts him down(or Shammond Williams, depending on how the match-ups go.) 1998's problem is having little answer for what 2005 has in reserve. Ed Cota likely can't defend Raymond Felton nor is UNC's all-time assists leader a serious offensive threat. 1998 simply lacks consistent firepower against a team that has plenty of it and can play at a higher tempo.